Poster, trailer, stills, synopsis for The Other Side of the Door 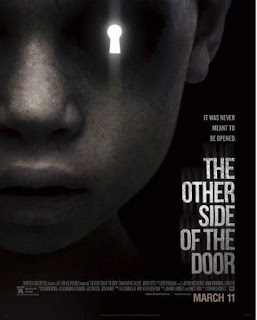 The trailer and poster have both been released for The Other Side of the Door, the awesome-looking new film from Johannes Roberts (F, Storage 24). Co-written with Ernest Riera, who worked on some of Jo’s early pictures like Forest of the Damned (and also co-wrote his upcoming underwater thriller 47 Metres Down), the pictures was shot in India. It was produced by no less than Alexander Aja, of Switchblade Romance, Hills Have Eyes remake, Horns etc.

Synopsis: Grieving over the loss of her son, a mother struggles with her feelings for her daughter and her husband. She seeks out a ritual that allows her say goodbye to her dead child, opening the veil between the world of the dead and the living. Her daughter becomes the focus of terror. She must now protect against the evil that was once her beloved son.

As well as the trailer below and the poster above, you can see a selection of cool photos on the USA Today site.

The Other Side of the Door is scheduled for theatrical release in the States on 11th March next year and in the UK a week later. Can’t wait!