A site called Viewster currently has a shedload of BHR titles currently available to watch online for free - and the fact that some of these films are promoting Viewster on their own Facebook pages suggests it's all legit.

So if you haven't caught up with these titles yet, here's your chance to watch Amityville Asylum, Bane*, Bloodmyth, Deadtime, Deranged, Exhibit A, Greetings, Hellbride, Heretic, High Stakes, Home Made*, Night Junkies*, NOTLD: Resurrection, Red Canopy, Sawney: Flesh of Man, Sick Bastard*, Silent Night Bloody Night: The Homecoming, The Slayers: Portrait of a Dismembered Family, Stalker and Time of Her Life*.

There are stacks of British shorts as well - too many to list here.

* Films marked with an asterisk are featured in my book.
Posted by MJ Simpson at 22:29 No comments:

Fancy a chance to see a brand new British horror before everyone else (even me)? Mark Murphy, director of The Crypt (aka The Convent) which premiered at Fantasporto, has a new feature ready to be seen - and it looks great.

"Morris is a recluse with psychotic tendencies, whose life changes when his innocent daughter Lauren rescues one of his victims and befriends him. Jake, an ordinary businessman, soon realises that he is stranded and his presence in the house gradually reveals unexpected and dark mysteries from the past."

If you're anywhere near the University of York this Tuesday, 16th September, you can see the film at a free test screening. Full details over on Eventbrite. Meanwhile, here's the terrific looking trailer.


Awaiting Trailer (2015) from Solar Productions on Vimeo.
Posted by MJ Simpson at 20:37 No comments: 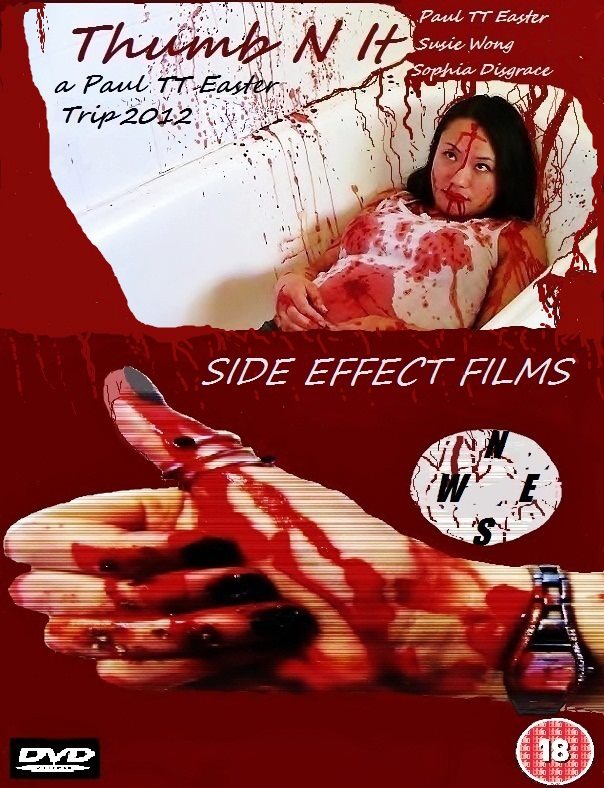 I've never actually watched one of Paul TT Easter's movies - and now it looks like I might not get the chance, because Easter is apparently jacking it all in and selling his entire Side Effect Films business - on eBay!

The package includes the rights to at least six, possibly up to nine of Easter's films, plus two HD cameras, a stills camera and a Mercedes. Bidding starts at £5,000. Auction closes on 18th September.

The IMDB lists 15 directing credits for Easter, mostly gangster/action films but also including Black Shuck, Thumb N It and Lone Walker, all of which are horror. U Mugs might also be horror too as it's pitched as 'Jackass meets Blair Witch'. Or it might just be a found footage movie about knobheads hurting themselves...

The reviews on Amazon suggest that Easter's films are somewhat basic in their execution, but he has released several through Amazon Prime including the four titles mentioned above - and that makes him a representative of the British Horror Revival as far as I'm concerned.

You can see Paul's Mercedes at the start of this trailer for Lone Walker:

Here is the first trailer for Nocturnal Activity, the next feature from Rites of Passage director Steve Lawson. The film stars Raven Lee, June Bladon (Bicycle Day), Jonathan Hansler (The Devil's Business, Axed, Call of the Hunter, Patrol Men, After Death), Steve Dolton (Devil's Tower, Zombie Undead). I expect a screener for this to turn up very soon...