Collecting images for my 2009 Jake West interview, I came across this fascinating historical document. Back in 2007, Carnaby Films created an eleven-minute pre-production featurette for Jake's film Doghouse, with Jake himself, Emily Booth and the great Bob Keen, who was at that time attached to do the make-up effects. The whole thing was shot in Bob's workshop at Pinewood (where I filmed a featurette about King Kong, around the same time).

I hadn't seen this for ages but it's still on YouTube, so here it is. Particularly interesting are some of the early design sketches for the various zombirds.

Poster for The Wrong Floor

Can you find me?

Come up with a tag line for the movie, post it on the Facebook page, and if it's chosen you'll win all sorts of goodies including a name-check in the credits. 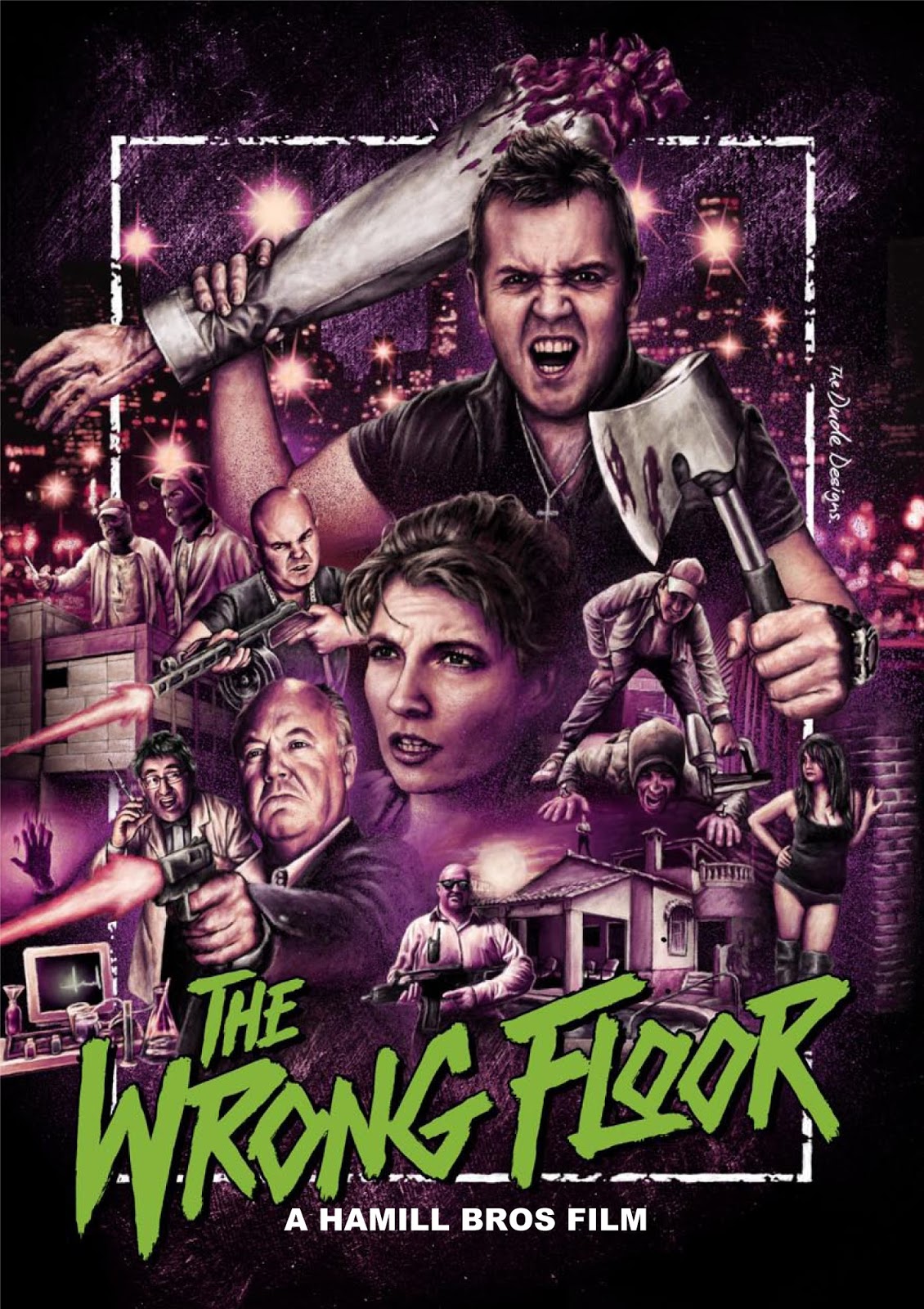