Danny Boyle’s 28 Days Later has been named the best British horror movie of the 21st century (so far) in a survey of film-makers and fans. The 2002 film, which stars Cillian Murphy, Naomie Harris and Christopher Eccleston, narrowly beat Neil Marshall’s 2005 chiller The Descent, about a group of female cavers battling deadly underground creatures, and Shaun of the Dead, Edgar Wright’s 2004 ‘rom-zom-com’ starring Simon Pegg.

In the past 15 years, a combination of cheap equipment and online distribution has caused a huge increase in the number of feature films produced in the UK, especially in the ever-popular horror genre. This month, the total number of British horror films released since January 2000 reached 500 – as many as were made during the whole of the 20th century.

The survey was organised by film critic MJ Simpson, author of Urban Terrors: New British Horror Cinema and an acknowledged expert on the ‘British Horror Revival’. One hundred directors, screenwriters, producers, actors and effects artists each submitted their own top ten films, along with film critics, academics and horror fans. More than 130 movies received votes, reflecting the wide range of high quality horrors produced in the UK in recent years.

“People may be surprised to hear that there have been 500 British horror films made in 15 years,” admits Simpson. “That’s because the media only acknowledge the tiny percentage of movies that play cinemas and ignore the vast body of great work being done by independent film-makers taking advantage of new technology to make and release their own films through DVD and VOD. For horror fans who take the trouble to look beyond the multiplex, this is truly a golden age.”

While Hollywood blockbusters routinely cost hundreds of millions of dollars, British horror films show that budget isn’t necessarily related to quality. Three of the top ten – Dead Man’s Shoes, Kill List and Monsters – each cost well under a million pounds and many of the other films cost a fraction of that. Steven Shiel’s Mum and Dad (34th) cost just £100,000 to make, Julian Richards’ The Last Horror Movie (38th) cost just £50,000, and the zombie film Colin, voted the 19th best British horror film of the past 15 years, had a total budget of just £45!

Marc Price, director of Colin, commented: “At a time where mainstream cinema is offering nothing but comic-book movies, remakes or literary adaptations, British horror appears to be one of the few genres offering original story through the medium of film.”

Of all the movies nominated, only eight were historical stories, of which only one (The Woman in Black) was a traditional ‘gothic horror’. All the other films were set in the present day, emphasising how the new wave of British film-makers use horror themes to address contemporary issues such as disenfranchised youth (Eden Lake, Cherry Tree Lane), society’s treatment of the elderly (The Living and the Dead, Harold’s Going Stiff), the power of social media (Backslasher, Panic Button), global corporate responsibility (Severance) and Scottish devolution (White Settlers).

Dr Johnny Walker, Lecturer in Media at Northumbria University and author of the forthcoming book Contemporary British Horror Cinema: Industry, Genre and Society, commented: “For many people, British horror died when the old Hammer ceased making feature films in the late 1970s. The list revealed here points to an entirely different story. Not only does it demonstrate how British horror has broadly managed to outstep Hammer's 'period gothic' model with films that deal with a host of contemporary issues, it also testifies to the variety that recent British horror cinema has offered its audiences, whether the films were made for £5 million or 50p.”

MJ Simpson offered the following recommendations for anyone looking to expand their knowledge of modern British horror films:

It's a measure of the overall quality of modern British horror films that so many great titles couldn't make it into the top 20, on account of there only being 20 places available. So here are the next 20...

And since no-one at all is wondering, here's my personal top ten (at the time I voted): 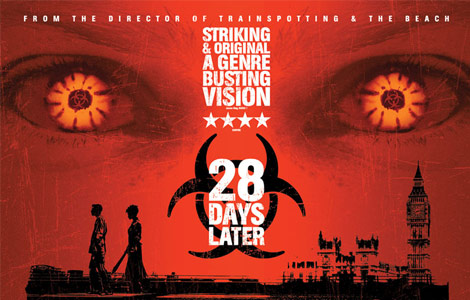 It's Tuesday 21st October, which means you've got just three days to get your votes in for the survey to find the best British horror films of the 21st century (so far). A walloping 500 British horror features have been released since January 2000, of which a welcome 105 have so far received at least one vote.

Please take a look at my original list of 100 suggestions (of which about two thirds have actually received votes so far). Have a think about other movies you've seen. Put together your ten favourites and let me know by midnight on Friday 24th.

You can post a comment on this blog, or you can email me directly mjs2000@ntlworld.com, or if you want to win a bundle of British horror DVDs, cast your vote on the Facebook page of TheHorrorShow.tv

Next week I will publish a list of the top 20. I think it might contain a few surprises...
Posted by MJ Simpson at 20:36 4 comments: 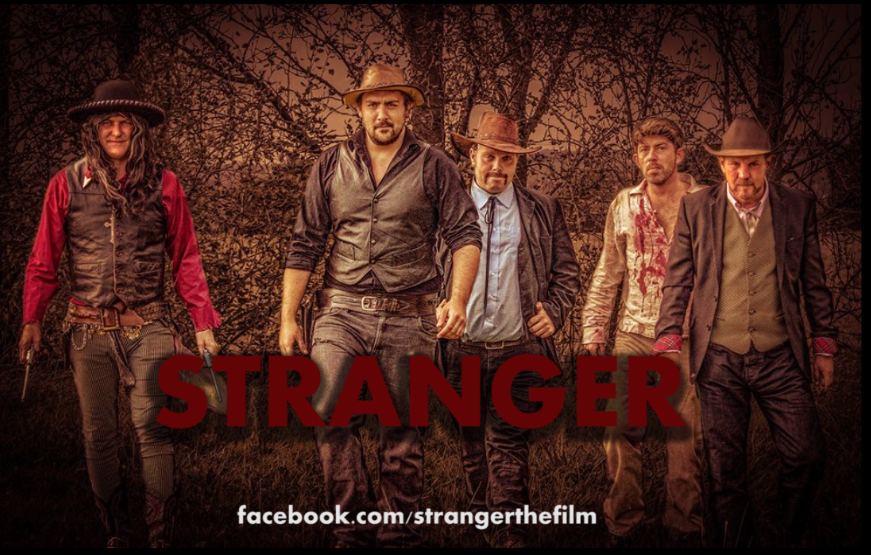 Find out more at http://strangermovie.blogspot.co.uk
Posted by MJ Simpson at 13:09 No comments:

It's three years now since Aidan Belizaire shot The Zombie King in Shepton Mallet, with imported star names Edward Furlong and Corey Feldman. The film debuted on German DVD in April 2013 and is also available in the Netherlands and Japan. But not here in Blighty.

But we do now finally have a chance to see the film (imports notwithstanding). The picture will have its UK premiere at the Festival of Fantastic Films in Manchester over 31st October-2nd November, hopefully with some of the cast and crew in attendance.
Posted by MJ Simpson at 22:15 No comments:

Because I'm an old fart, I'm not on Facebook. But the hip young things at the awesome website that is TheHorrorShow.tv are on Facebook and they have very, very kindly joined in with my survey to find the best British horror film released since 2000.

If you post your top ten on their Facebook page they will enter you into a draw to win ten British horror DVDs!

Here's a reminder of the criteria for 'what is a British horror film' and here is a list of 100 films that you might want to choose from, but I have already received votes for another 11 titles - and there's nearly 400 more you could vote for.

NB. Votes for Richard Driscoll films won't be counted because anyone who does that is obviously taking the mick...
Posted by MJ Simpson at 18:11 No comments:

This is not the top 100. This is a sample list of 100 impressive, successful, acclaimed or otherwise notable British horror films from the 500 or so released since 1st January 2000. This is just intended as an aide-memoire for kind folks helping me to compile a list of the top 20 modern British horror films. (Dates given are first commercial release.)
Posted by MJ Simpson at 17:15 4 comments:

As you may know, I have spent the past few years documenting the ‘British Horror Revival’, the unprecedented boom in horror feature production in the UK in the 21st century: in my book Urban Terrors: New British Horror Cinema, in the annual British horror round-up on my Devil’s Porridge blog, and in the reviews of new British horror films on my main website.

In the next few weeks, the number of British horror films released since January 2000 will hit 500 – and that seems a good time for a survey/poll. So I am inviting everyone I know who is involved in the British horror scene – directors, producers, writers, actors, FX/make-up artists, designers, journalists and fans – to send me their list of the ten best British horror films of the past 15 years. I will compile the results and put out a definitive top 20 for Halloween.

It’s an open poll, but to prompt your memory here is a list of 100 notable films. I would expect the final top 20 titles to be on that list but please don’t feel constrained. I had a hard time hacking the list down to 100 and many terrific films have been omitted simply because they are quite obscure. But if you saw ‘em, vote for ‘em!

Points to note:
Please send your top ten films to mjs2000@ntlworld.com by midnight on Friday 24th October. I look forward to hearing from you. A chronological list of the almost 500 titles on my main checklist is available on request.

Update: Thanks to the fantastic folks at TheHorrorShow.tv, you can now vote by Facebook. What's more, posting your top ten on their Facebook page will enter you into a draw to win ten British horror DVDs!
Posted by MJ Simpson at 16:54 No comments: