First trailer for The Dead 2!

The Ford Bothers' The Dead is, in my judgement, the best British zombie film ever made. So you can imagine how excited I am to see the new trailer for The Dead II: India, which transposes the action to a new continent.

So hot it's not even listed on the IMDB yet, The Dead II stars Joseph Milson, making his fourth foray into the British Horror Revival after Dead of the Nite, SNUB and Devil's Bridge with Indian actress Meenu (Love Aaj Kal) as his pregnant girlfriend. 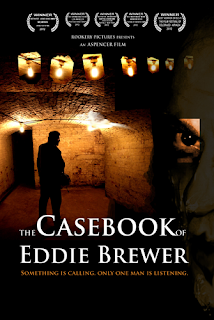 The Horror Show, a UK-based VOD service "created for, and curated by horror fans", officially launches next month and they already have a few titles online including three interesting BHR titles.

There's David Bryant and friends' Dead Wood, which I reviewed back in August 2007: "The characters are likeable, the acting naturalistic, the horror subtle at first then increasingly dreadful. ... Thoroughly enjoyable, decidedly spooky and heartily recommended."

There is also Ozgur Uyanik's absolutely brilliant Resurrecting 'The Street Walker', one of my favourite films of recent years: "an imaginative, original, clever, gripping film ... the most realistic portrayal of a British feature film production company that I have ever seen."

And the third BHR title is one I haven't seen, which is exclusive to The Horror Show. That's Andrew Spencer's 'paranormal thriller' The Casebook of Eddie Brewer. I've heard good things about that one and am delighted to move it from the 'unreleased' file to the list of 2013 BHR releases.

The service also has a 'Short Stack' of ten great short films from around the world including British titles Beer and Nuts, Suckablood, SatanV, The Wilds, The Dorset Toothclaw Massacre, Devil's Grip and Him Indoors. Nearly two hours of horror for just 99p!

The Horror Show launches on 14th June.
Posted by MJ Simpson at 18:56 No comments: