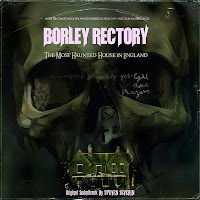 Ashley Thorpe, who makes extraordinarily good animated horror shorts (as well as writing and painting stuff for Fangoria), is working on a new film, a 20-minute animation about notorious haunted house Borley Rectory.

The film is being produced by Tony Earnshaw (currently putting the finishing touches to the first Fantastiq festival) with narration by Julian Sands (Warlock, Tale of a Vampire) and music by Steve Severin (London Voodoo, Nature Morte).

There is an Indiegogo page for Ashley's project here.
Posted by MJ Simpson at 23:28 1 comment: 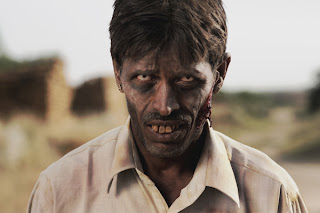 The Dead 2: India, the sequel to (in my opinion) the best British zombie film ever,  is set to premiere as the opening film at Film 4 FrightFest in London on 22nd August. As part of the promotional campaign in advance of the film’s release, the PR company are giving away two tickets to the FrightFest premiere, including the after-party where you can hang out with directors Howard and John Ford as well as the film's star Joseph Millson.

To enter the contest, you simply need to tell us what you would do in order to #StayAlive during the zombie apocalypse. You can submit their ideas on any of those modern social media wotsits including Facebook, Twitter and stuff called Tumblr, Instagram and Vine. Possibly some others. It's all a bit beyond me, to be honest. Where are my slippers?

The important thing is that you use the hashtag #StayAlive.

Alongside the grand prize, there are also lots of ongoing smaller prizes, including signed copies of Howard Ford’s 'making of' book Surviving the Dead: "a harrowing and at times hilarious blow-by-blow account of the trials and tribulations involved in the production of the Ford Brothers previous feature, The Dead."

They will also be offering select, one-of-a-kind props from The Dead and The Dead 2 as prizes. These actual props were used on-set in Africa and India and can be seen in both films. Beyond being just mere memorabilia, these props are genuine artifacts of zombie film history and will be coveted by fans of the zombie film genre.

Please note: I'm not organising this competition, just passing details on, so please don't ask me anything!
Posted by MJ Simpson at 11:24 No comments:

Micro-budget zombie shorts are ten-a-penny of course but there's something special about this one that I can't quite put my finger on...

If you wait long enough, everything turns up somewhere. To my surprise and delight, Dominic Holmes' unreleased 2007 slasher The Clown has appeared on YouTube. Expect a review soon - or you can watch it for yourself... 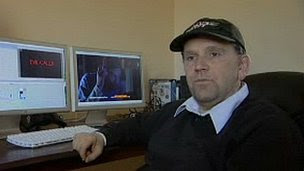