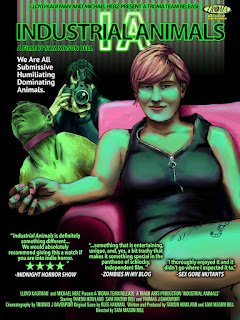 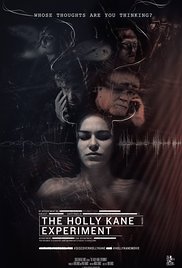 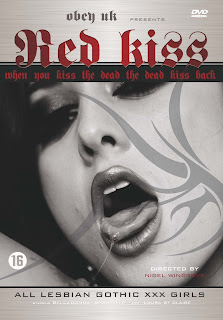 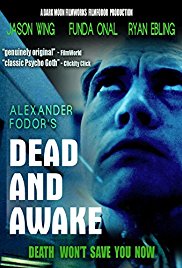 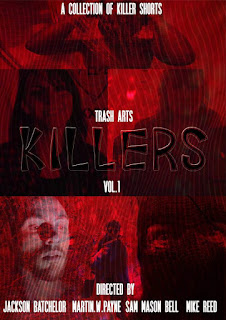 Enjoyable avant-garde anthology compiled by Portsmouth-based Bell (Industrial Animals) who wrote and/or directed five of the ten segments. Highlights are: The Angel of Decay – obsessive ‘Bundyphile’ emulates her hero; Desire – abstract bondage imagery with hints of cannibalism, directed by Martyna Madej; South Bank – extended video selfie of man drinking, smoking, collapsing and visited by Death, from Martin W Payne; Attraction – young married couple flicker between loving and violent realities; and The Call – Poe-esque tale of woman driven mad by hit-and-run guilt (sound design by Spirits of the Fall helmer Rusty Apper). Other writers and/or directors include Jackson Batchelor, Jessica Hunt, Mike Reed, Chris Mills and Ryan Edwards. Segments vary from 12 minutes down to brief snippets, some silent, some black and white, some non-continuous, some conventionally shot, some experimental, some with title card and credits, some without. Not everything works, but there’s enough here to satisfy anyone with an interest in underground contemporary UK horror. Available on Versusmedia via your Firestick, Roku etc.