I hadn't heard of this but it ties in brilliantly with this site: Making Monsters is 'a documentary that lifts the lid on micro-budget horror filmmaking'. This four-minute excerpt includes contributions from Damian Morter (The Eschatrilogy), Liam Regan (Banjo), Adam A Park (Zombie Mutation) and Dan Brownlie (Three's a Shroud) plus a couple of online reviewers (but not me, for some reason...).

It looks like this specifically covers the past few years so probably doesn't overlap too much with the remit of my book, which finishes at the end of 2008. This is what I call the British Horror Boom, 2009 and onwards - the period when the profusion of micro/zero-budget films available through new distribution channels has resulted in an unkeep-upable profusion of British horror movies, adding up to one a week for the past four years.


A Quick look at "Making Monsters" from safehouse pictures UK on Vimeo.
Posted by MJ Simpson at 08:15 No comments: 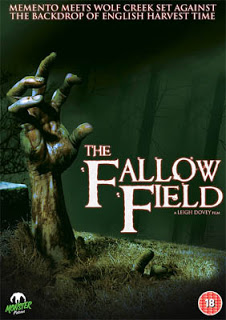 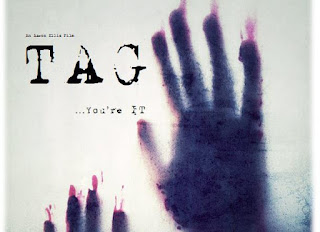 Trailer and official sit coming soon. In the meantime, there's a Facebook page.
Posted by MJ Simpson at 21:08 No comments: 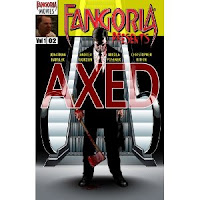 Ryan L Driscoll’s Axed, which was released over here in July, hits US shelves in February under the ‘Fangoria Presents’ banner, which has been dormant for a while but previousy brought American audiences such top-notch British horrors as I Zombie, Dead Creatures and The Last Horror Movie.

Also coming to US buyers is Ryan Andrews' Elfie Hopkins, which has been retitled Elfie Hopkins: Cannibal Hunter for its March release.

Before that - Citadel, The Awakening, The Hounds and Cherry Tree Lane are all released on US DVD this month
Posted by MJ Simpson at 17:30 No comments:

The debut feature from director Lance Patrick was produced by Lee Akehurst and was filmed in late 2010 with a preview screening in 2011. The film-makers have since re-edited the movie which was expected to hit festivals in 2013 - but the Innovate Films website disappeared over Christmas (while I was writing this!) which doesn't bode well.


“In 1963 a young woman was possessed by a demon claiming to be the Devil, a local priest was requested by the girl’s mother to perform an Exorcism. No one knows what became of them. 50 years later a group of filmmakers attempt to recreate the Exorcism but they are not prepared for the horror they will encounter. Captured on behind the scenes camera we the audience are now able to see these disturbing and unexplained events leading to the film crew’s final hour.” 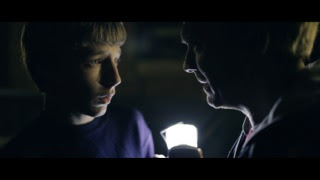 The debut feature from Oliver Frampton (at one time script editor of The Bill) was shot at the end of 2011 but has yet to be screened anywhere.

“A father and son are forced to squat in a derelict flat in an abandoned council estate. While 14 year old Tommy struggles to connect with his deteriorating father Mark, and glean where his mum might have gone, he makes an unlikely new friend in ballsy, street-smart Carmen. Together they investigate the unsettling experiences Tommy’s having on the estate and start to unravel the chilling truth behind the noises coming through Tommy’s bedroom wall from the apartment next door.” 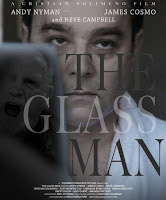 Andy Nyman, James Cosmo and Neve Campbell topline Cristian Solimeno’s thriller which was shot in March 2011 and debuted at Frightfest a few months later. There have been some good reviews, and some bad’uns. No news on a release yet.

“Every morning, Martin Pyrite gets dressed, takes breakfast, kisses his wife Julie goodbye, and then sets off for work. Only Martin isn't going anywhere. Having lost his high-paying financial services job, he is sinking fast into near-insurmountable debt. To make matters worse, Martin's former employer has made him the fall guy for a disastrous business decision, essentially blacklisting him from other firms. Determined not to let his wife know, Martin strives to maintain the couple's posh standard of living by stretching their credit to its very limits. Then, late one night, a sinister debt collector knocks on his door with a proposition: help him carry out one task, and he'll wipe Martin's financial slate clean. However, the simplicity of this ominous request belies the chilling journey ahead. Martin quickly finds himself descending into his own private hell, where he must confront his worst fears made real.” 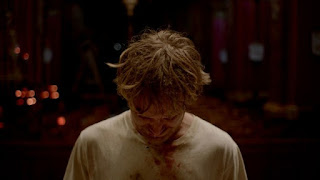 Co-written by Steven (Mum and Dad) Sheil, Miranda Bowen’s psychological thriller was filmed in May 2011 with a projected release of 2012. But to date there has not even been a trailer or a poster, the film’s website is defunct and there is no trace of production company Bishop Films. Where has this one gone?

“Lucille and Joe have moved to Gozo, a tiny island in the Mediterranean Sea, off the coast of Malta. They have a nice car, a steady income, a beautiful farmhouse with breathtaking views and a swimming pool. They seem to have it all. But when a young tourist goes missing on the island, Joe's disquieted conscience begins to get the better of him. As the buried horrors of Lucille and Joe's past resurface, the cracks begin to show in their homespun paradise.”

The Haunting of Harry Payne

Written and produced by John Mangan, this live-action feature was directed by animator Martyn Pick (helmer of Warhammer 40,000: Ultramarines!) in May/June 2011. A trailer appeared in October that year and the latest news is that the film might be finished in early 2013.

“Ex-London gangster Harry Payne retires to Norfolk to be close to his wife, driven mad when he was forced to kill his best friend, psychopathic gang boss Eugene McCann. Immediately he is drawn into a murder mystery in which an obsessive local police detective targets him as the killer. However, unknown to anyone, Harry has psychic abilities he has always suppressed with alcohol. Now he must confront the supernatural and his own personal demons to save his wife and free the tormented souls of the ghosts that haunt him.”