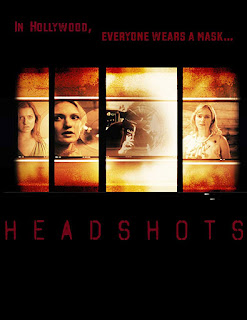 Passable LA-set, UK-produced horror thriller that successfully pulls off an impressively complex structure and an end-of-act-one narrative switcheroo. British actress Jaime moves to Hollywood, hoping for a break, where she finds that all the women are desperate wannabe film stars and all the men are creepy professional photographers. When Jaime stops calling home, her brother and sister lock up their tea shop and jet across the Atlantic to search for her. Some creepy exual fetishism leading to savagely calm stabbings and face peelings provides the horror and raises the question: how do you get blood out of velvet? London-raised Russian-Lithuanian Khitrova was in Enchantress before she moved to the States. Ex-pat Yorkshireman O’Neill’s first feature was crime romp Absolute Debauchery. This premiered in December 2018 at the Culver City Film Festival. An opening caption reckons 42,000 people go missing in LA every year and “none are ever found” – rather damning of the LAPD! A VOD release is planned for late 2019.
Posted by MJ Simpson at 21:05 No comments: