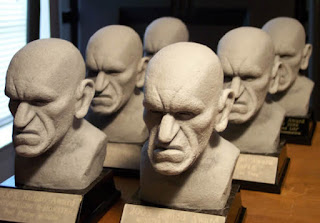 I am thrilled to report that my book Urban Terrors: New British Horror Cinema has been nominated for Book of the Year in the annual Rondo Hatton Classic Horror Awards. The Rondos have been going for more than a decade now, recognising excellence in films, DVDs, magazines, websites, models and all other aspects of classic horror.

I know that Urban Terrors won't win: partly because the tastes of Rondo voters skew heavily towards older movies; partly because it's up against some terrific volumes including books by Jonathan Rigby, John Hamilton, Kirk Hammett and Ray Harryhausen; and partly because it only came out in December and hardly anybody has bought it.

So I'm under no illusions, but nevertheless it's immensely pleasing to receive my second Rondo nomination (my first was a few years ago for a feature I wrote for Video Watchdog).

Anyone can vote for the Rondos. You can find the full ballot and voting details on the awards website.
Posted by MJ Simpson at 20:32 No comments:

Pat Higgins, director of some of the best films in the British Horror Revival, is celebrating ten years of his company Jinx Media - congratulations, Pat and Pippa! Without even taking a trip to IMDB-land, I can tell you that Pat is the man behind TrashHouse, KillerKiller, HellBride, The Devil's Music and one segment each of Bordello Death Tales and Nazi Zombie Death Tales, meaning that the total number of films he has directed is, rather bizarrely, four and two-thirds.

At the Horror-on-Sea festival earlier this year Pat presented, and filmed, his live show Werewolves, Cheerleaders and Chainsaws, and this is now available to view online. And here it is!


It's just over an hour long, it's hugely entertaining and informative, it has been nicely shot by Paul Cousins and I get a name-check in the thank you credits, which is very kind. Find out more about Pat and his previous and forthcoming word at http://jinx.co.uk
Posted by MJ Simpson at 23:04 No comments: 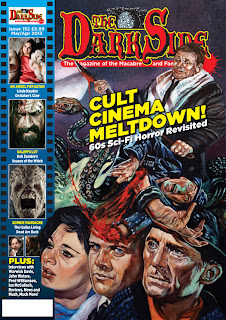 Issue 152 of The Dark Side arrived this morning, in which Allan Bryce devotes almost his entire editorial to praising my book Urban Terrors. Which has certainly made my day.

"Respected film journo MJ Simpson does a fine job of chronicling the dawn of a new age of cheapie creepy home grown horror fuelled by the easy availability of digital technology," writes young Mr Bryce, adding "In fact I'm pretty awestruck by what he has done here ... MJ's unearthing of a vast array of shoestring wobblycam wonders so obscure that their biggest viewing audience was probably at the cast and crew screening."

Allan calls the book a "fascinating tome", says that "what I like most about MJ's writing is his sense of humour" and finishes with "Urban Terrors gets a big thumbs up from me."

Thanks Brycey, your cheque is in the post!
Posted by MJ Simpson at 19:57 No comments: 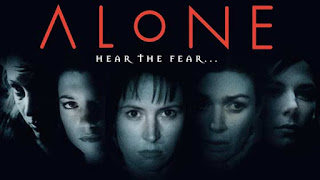 It can't in all honesty be said that it's very good (in my book I call it a "dreary serial killer film") but if you're looking for something odd, or you're a British horror completist, here it is online.
Posted by MJ Simpson at 21:32 No comments:

The unlucky duo quickly discovers that problems of drugs and crime in this community go way beyond the norm. This is a community which is about to present the students with material of unimaginable horror - turning their final project into their darkest nightmare.
Posted by MJ Simpson at 19:27 No comments: