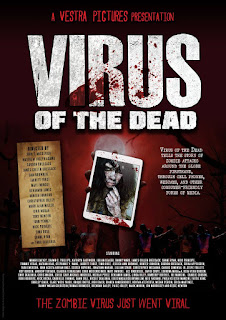 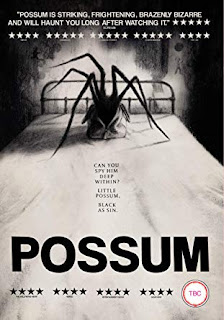 The writer/star of Garth Marenghi’s Darkplace, the funniest British horror TV series ever made, makes his feature debut with an unremittingly grim and bleak tale of mental health problems and child abuse. Philip returns to the run-down house where he grew up with his uncle. Awkward, socially uncomfortable and probably with learning difficulties, Philip carries everywhere a leather bag containing Possum, a large, weird puppet combining a replica of Philip’s own head with long spider legs. Recurring attempts to destroy Possum come to nought, suggesting it might not be real (as may other aspects of the film). Short on dialogue and action, with long, semi-static sequences on featureless Norfolk beaches, this challenging feature is the unholy offspring of David Lynch and MR James. Holness adapted his own short story, written for an anthology of tales inspired by Freud’s essay on the uncanny. Shot in November 2017, this debuted in Edinburgh in June 2018. If you enjoy movies that no-one else you know likes, this could be for you. Music by the Radiophonic Workshop!