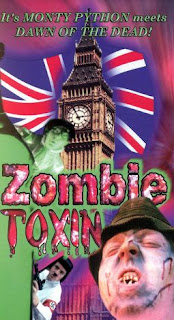 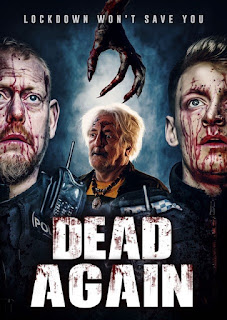 Steven M Smith’s take on the zomcom subgenre is not entirely successful but is at least watchable, largely due to a likeable cast. Given how desperately awful so many low-budget horror comedies are, this can be considered a qualified success. Two rural coppers – one out of condition, experienced and cynical; one young, enthusiastic and naïve – face a zombie apocalypse in their tiny village. They hole up in a derelict manor house (the same location as Smith’s Scare Attraction) with a grizzled gamekeeper and three other random people whose characters aren’t explained. There’s no real plot here: of 75 minutes, four are titles/prologue, eight are credits and twelve are basically just the cops shooting zombies. Some giant alien spaceships are thrown in for no obvious reason and there is cheeky footage of Trump and Boris discussing COVID-19 as if it’s a zombie plague, Although the film is noticeably light on actual gags (the funniest moment is a fart), Smith gets the comic tone spot-on, with eccentric characters playing it straight in extraordinary circumstances, and good chemistry between the leads.
Posted by MJ Simpson at 18:21 1 comment: