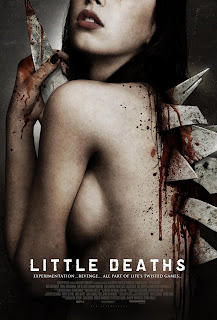 Here's a fun little horror-comedy directed by a stills photographer and starring a cinematographer. Debbie Attwell produced Al Ronald's segments of Bordello Death Tales and Nazi Zombie Death Tales and his awesome feature Jesus vs the Messiah; Al previously came out from behind the camera in The Devil's Music.

Sweet 6teen, Debbie's directorial debut, was made for the 666 Short Cuts to Hell competition.

Seasoning House in cinemas this Friday 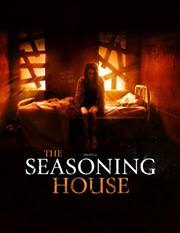 Paul Hyett's acclaimed directorial debut The Seasoning House has its UK theatrical release this week - Friday 21st June. It's playing four cinemas in London and two in the rest of the country:

I shall be at a preview screening tomorrow night in London and hope to add a review to my main site over the weekend.
Posted by MJ Simpson at 22:37 No comments: 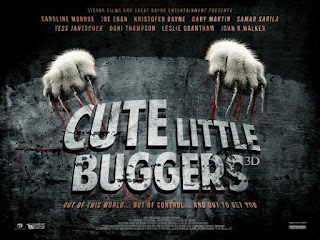 Cute Little Buggers is pencilled in for release next summer. The only downside is that it's going to be in 3D. Mind you, Eldorado and Elfie Hopkins were both announced as 3D productions and neither fulfilled that threat. No-one wants British horror films in 3D, so hopefully that part of the budget can be redirected into the script, the creature effects and a new poster design with Caroline Munro's name spelled properly.
Posted by MJ Simpson at 20:22 No comments:

"What emerges," writes Ashley, "is an illuminating account of contemporary Britain, a country reinventing its terrors of old to reflect and reinvent hell for the next generation. It's a read as original, provocative, perverse and diverse as the culture that spawned it - a bloody good show."

Cheers mate!
Posted by MJ Simpson at 07:59 No comments:

More on Richard Driscoll and Eldorado 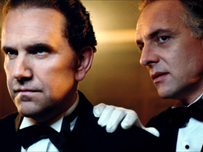 My blog post yesterday has now been viewed a whopping 444 times, and the story has now reached the trades:


This piece in the Daily Star has a bit more detail than most:


"The scam included a bogus invoice suggesting Kill Bill star Carradine was paid more than £400,000 for 13 days worth of work, even though he had died two weeks prior to the date stamped on the notice. The paperwork also falsely suggested Hannah was paid £570,000 for seven days' filming in Cornwall, where Driscoll's film studio is based, even though the American star had not even left the US."

Interestingly, and slightly disappointingly, all the papers have seen this as an isolated case, based around Eldorado, the unmade Watchmen of Hellgate (which the press are universally referring to as Watchmen Hellgate) and Back2Hell which was of course actually produced back in about 2005. None of the papers have done even the slightest bit of digging into Driscoll's background or reputation. I actually sent a press release to all the major dailies yesterday with some backlground info on Driscoll (and a plug for my book!) but have had no response.

To veer off topic for a moment, this is the nature of modern journalism: you just take a press release, stick a headline and a picture on it and you're done (it's called 'churnalism'). No-one is interested in looking behind the story to find out the bigger picture.

Maybe Empire or Total Film or SFX will pick up on this and do a proper exposé of Driscoll.

The BBC, who gave Driscoll's work such a hefty plug, remain remarkably silent on the matter, although they may be waiting for the sentencing.

One particularly bizarre bit of misinformation which is being dutifully repeated by all the papers is that the list of Hollywood actors in the film includes Kerry Washington (most recently seen in Django Unchained). I really have no idea where this has come from. She's not in Eldorado, her name has never been linked with Eldorado, she's not in anything with a title like Eldorado and there's no-one in Eldorado with a name like Kerry Washington.

The story is also in: 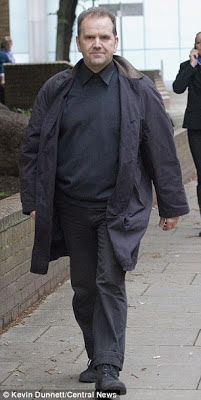