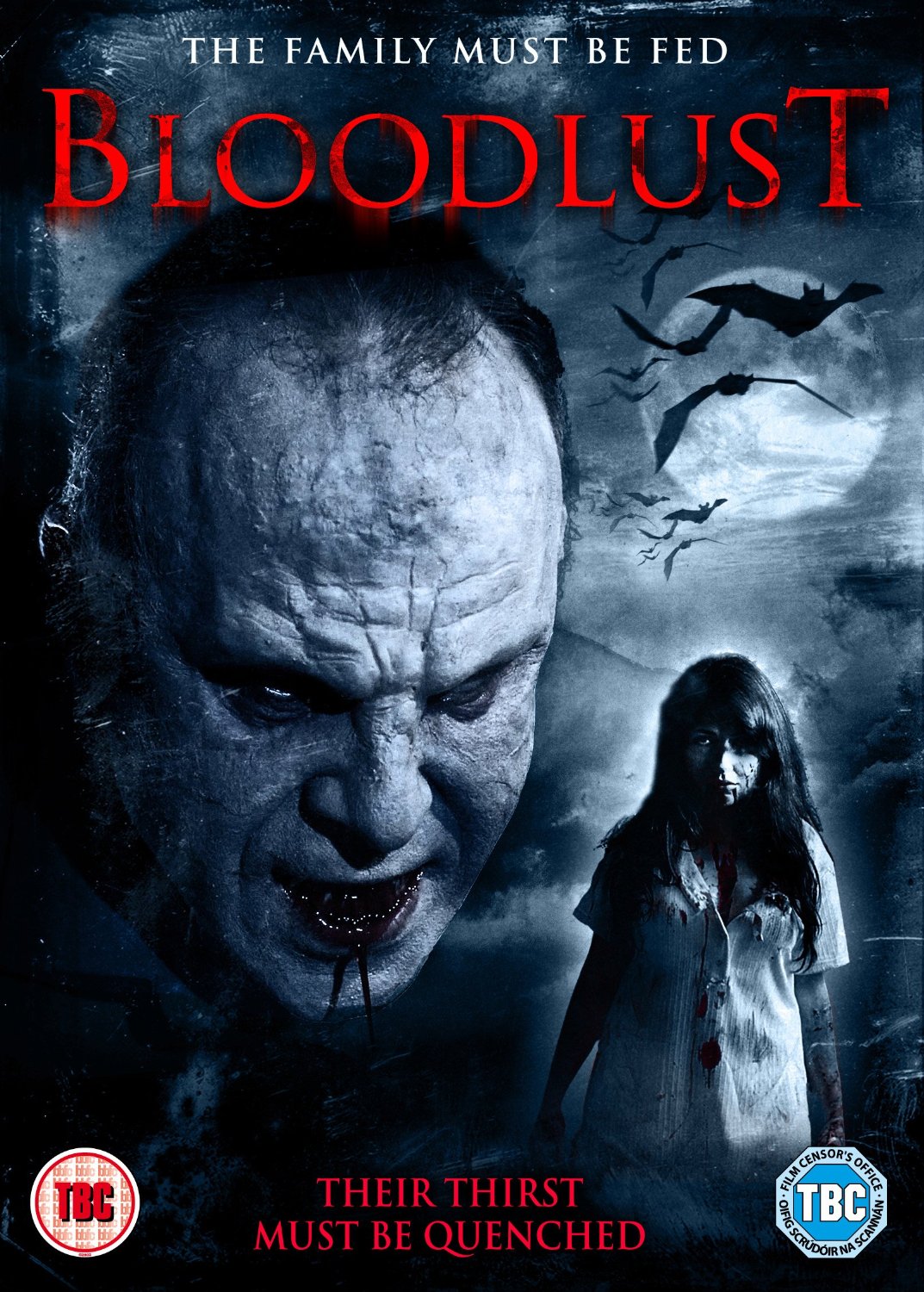 Way back in 2010, Richard Johnstone directed a vampire feature variously called Bloodless or Bloodlust which had its first screening in March this year. Now it has finally appeared on Amazon UK, set for a release in February from 101 Films.

Bloodlust is a vampire feature which adds another British Horror Revival credit to the CV of Victoria Hopkins, who was Erika Spawn in The Devil's Music. You may also have seen her in Zombie Women of Satan and Doghouse and she is also in the recently completed Le Fear II: Le Sequel. Also in the cast are Bill Fellows (Wolfblood, Blood and Carpet) and Lucas Hansen (Soldiers of the Damned, Human Centipede II)

Synopsis
Northern England. Present day. A bus drives 5 young couples to an old castle in an unknown location. They have responded to an advert looking for people to take part in a 30-day medical trial. The COMPANY running the experiment, led by the CO-ORDINATOR, explains there will be no contact with the outside world. The group are free to leave at any time, but if they do, they will forfeit their fee: £20,000 per couple.

Mysterious, unexplained events occur around the castle and strange noises are heard in the middle of the night. At first the group are skeptical – they think the COMPANY is creating the illusion of a “haunting” to test their reactions, until it is revealed there is something more sinister involved. 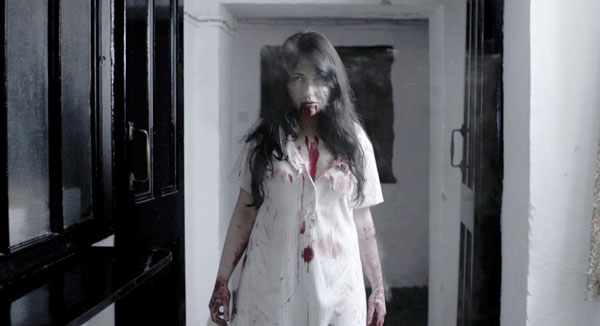 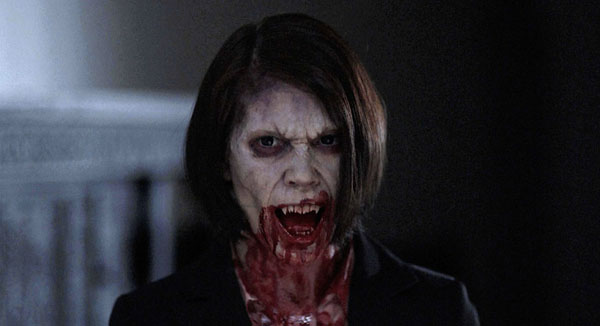 Why is an Italian film ripping off the poster for The Borderlands?

Am I missing something here? This is the poster for Elliot Goldner's acclaimed British horror feature The Borderlands: 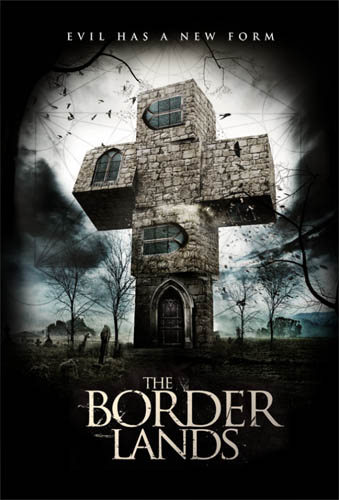 Here's the same design on the German DVD: 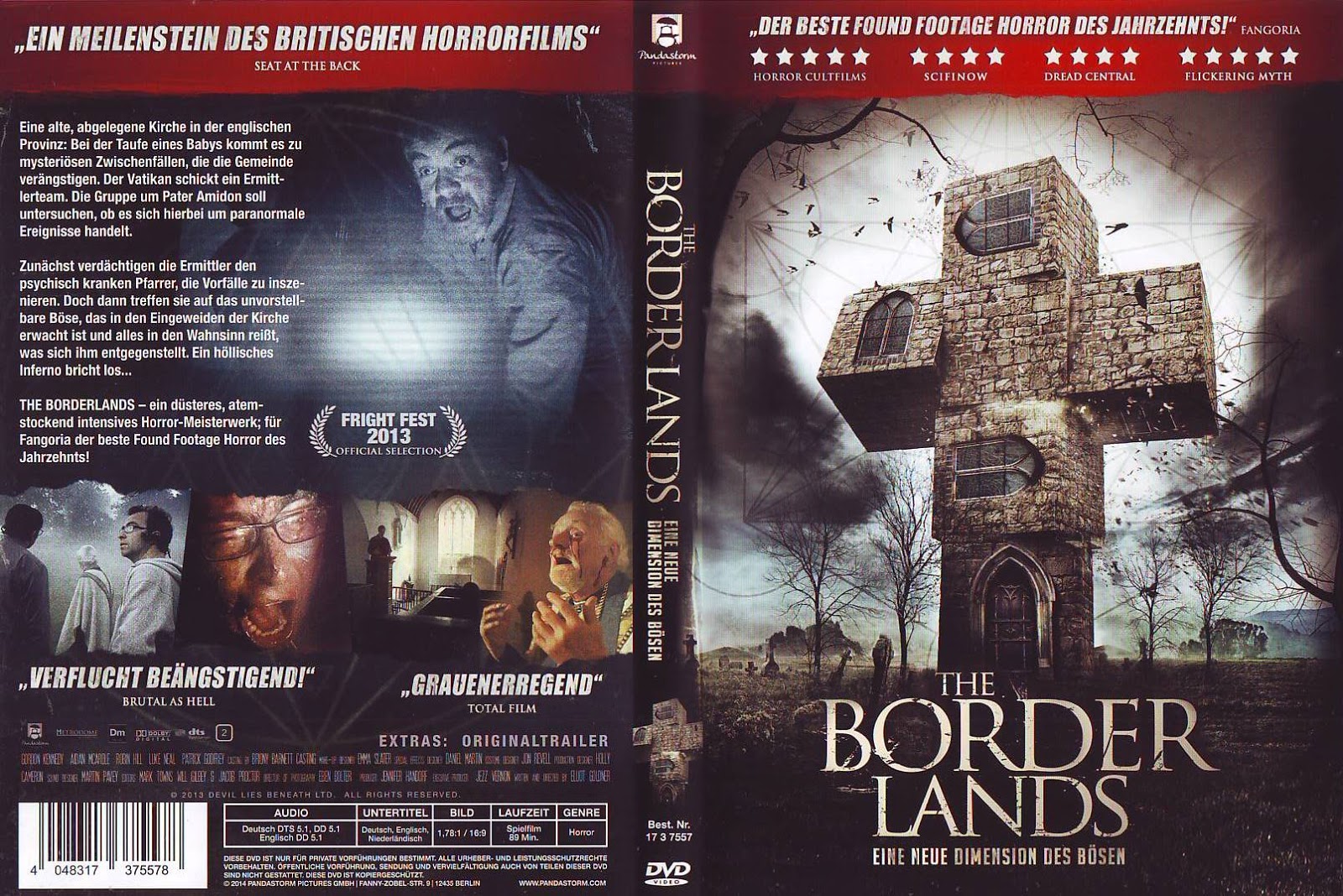 And the Italian DVD: 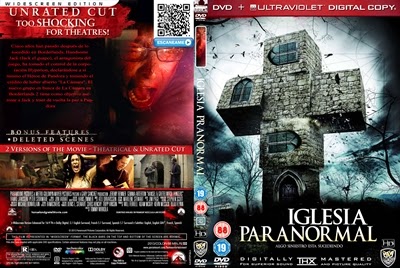 And here's exactly the same design on the British DVD sleeve for an Italian horror film called Back from Hell. Right down to the 'Evil has a new form' tag-line. 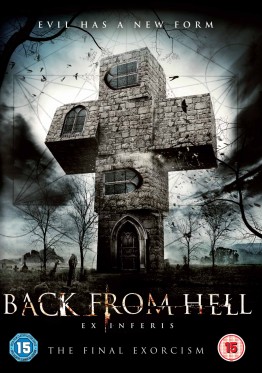 Meanwhile the British DVD of The Borderlands uses this instead: 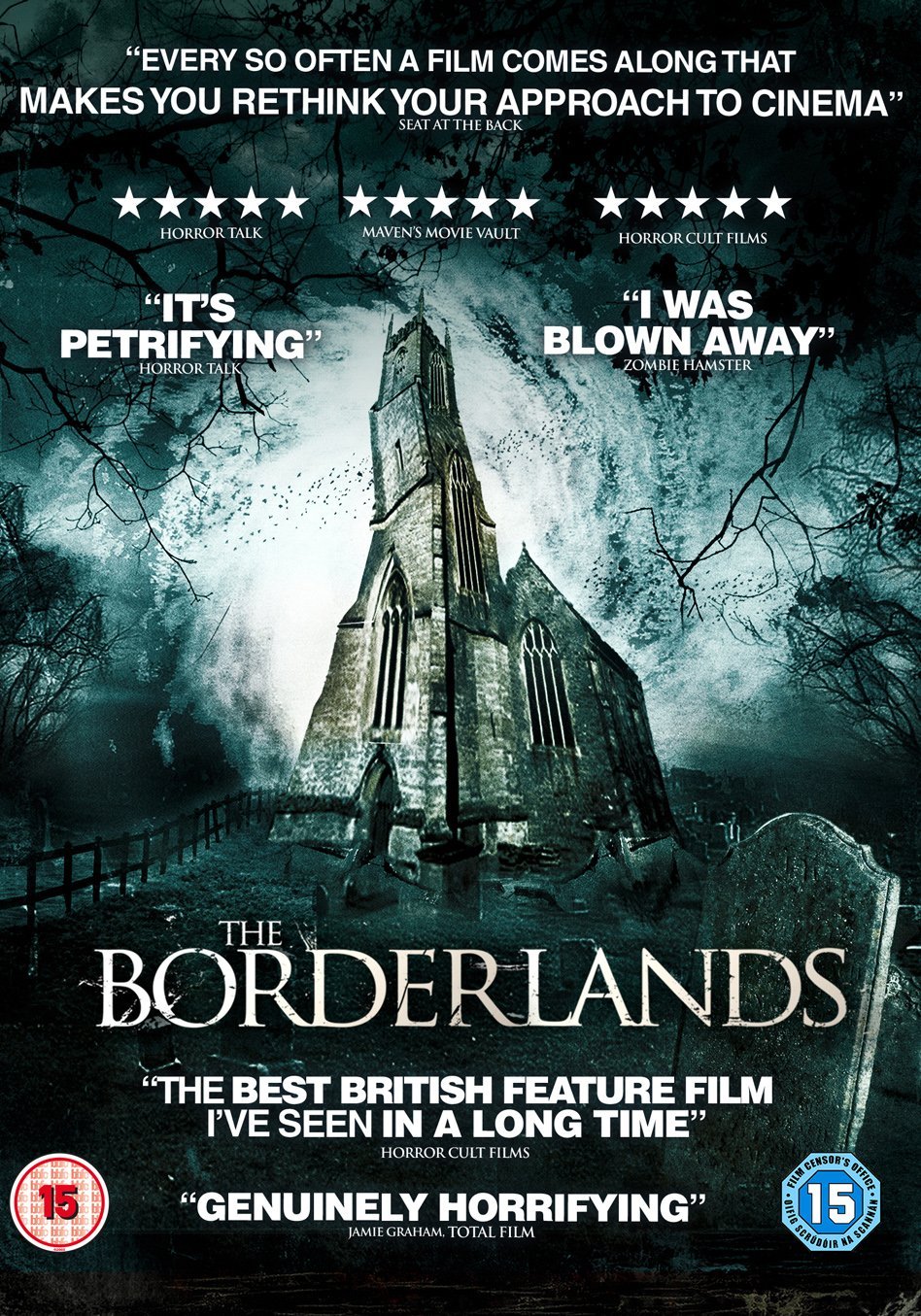 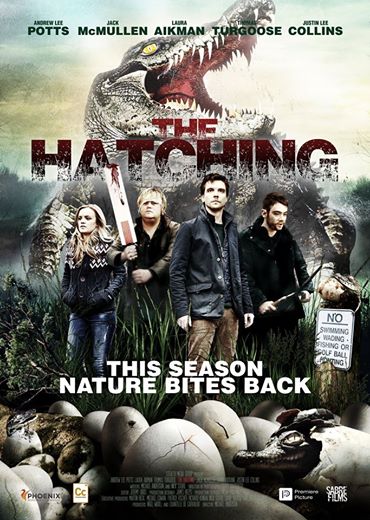 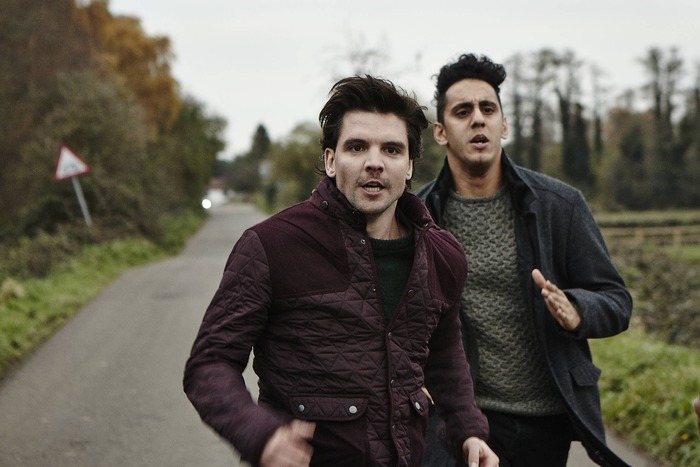 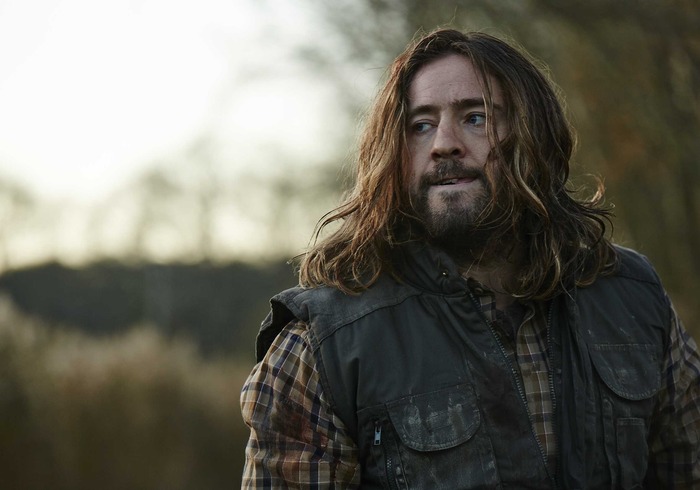 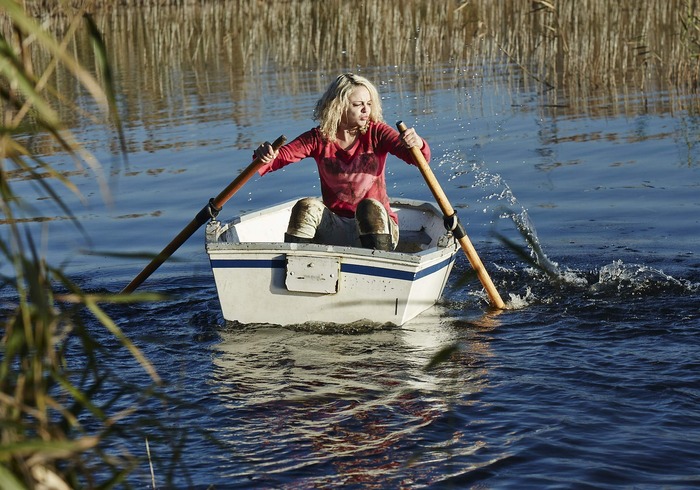 Can’t wait to see… Boris in the Forest 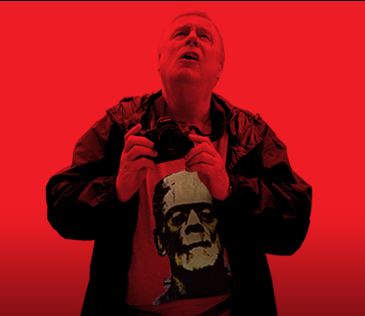 Here’s an in-production short I came across by chance which sounds great. Boris in the Forest is a forthcoming short film from Robert Hackett: “A black comedy about a Californian nerd in search of his horror hero Boris Karloff.”

You can find out more on the picture’s Facebook page.

Huge fan of Karloff here. Can’t wait to see this. 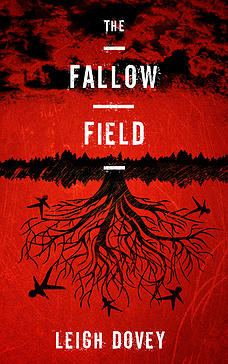 Leigh Dovey, writer-director of the brilliant The Fallow Field, has now turned the story into a novel which is available as an eBook from Amazon.

If you've seen the film, you know the basic story, but in case you haven't here's the synopsis:

Amnesiac Matt Sadler  awakes alone in the middle of a wilderness with no recollection of the past seven days. As disturbing slithers of memory gradually return he retraces his steps to a remote farm owned by loner Calham. The farmer is suspicious of Matt but instantly sparks a dark sense of déjà vu. Calham turns on Matt, imprisoning and interrogating him, before forcing him on a terrible journey of abduction and slaughter to show the amnesiac the twisted games they used to play together. As Matt s fogged memory slowly begins to clear and he learns the two men share a violent history, the horrors of their past come skipping out of the darkness to greet them….

You can find out more about Leigh's forthcoming work at his new website.
Posted by MJ Simpson at 22:06 No comments: