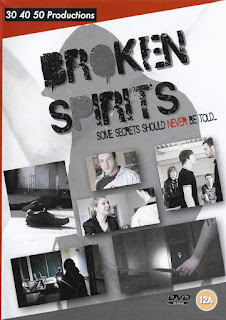 Produced by staff and students at Cowley International College, St Helens (30 years after it served as a location for Chariots of Fire) this amateur feature does a surprisingly good job of maintaining its central mystery. A trouble-making student clashes with a strong-willed teacher but when things get out of hand, he swears he has actually backed off and blames the ghost of a former pupil. Unknown to all but a few colleagues, this teacher was involved in that boy’s accidental death. As her mental state deteriorates, she struggles to cope with the pressure. Camera-work and sound are nothing to write home about but the film does a good job of walking an ambiguous line between ghost story and psychological thriller until the final revelation. A subplot about a ghost-hunting TV show filming an episode on the premises is a red herring. Rugby international James Roby has a cameo. There was a single local screening in December 2011 and a DVD the following year.