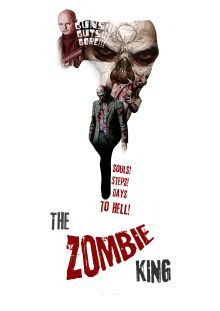 Principal photography starts today on The Zombie King, the debut feature from Northern Girl Productions (Rebbecca-Clare Evans and Jennifer Chippendale). Directed by first-timer Aidan Belizaire, the script is by the producers and actor George McCluskey (who is in the film and previously played the main villain in transvestite superhero comedy Catalina: A New Kind of Superhero).

Neil Jones (The Reverend) executive produces and the make-up effects are being overseen by Mike Peel (Evil Aliens, The Scar Crow, Zombie Diaries 2).


Samuel Peters once an ordinary man, dabbles within the laws of voodoo to bring his wife back from the grave, he soon encounters the God of malevolence ‘Kalfu’, where he makes a pact with him to destroy the underworld and bring chaos to earth; in return he will become ‘The Zombie King’ and walk the earth for eternity with his belated wife.

Seven days before the rise of the Dark Moon, Peters calls upon Kalfu to raise the dead of the recently departed, where their souls must be held on earth for seven days.

With the ever growing horde of zombies, they begin to completely wipe out a countryside town. Once the Government get wind of what is going on, they set a perimeter around the town area and employ a shoot on sight policy.

Trapped within the town, the locals and unlikely bunch of misfits fight for their lives, and the remaining humans soon realise that they have to unite in order to survive.

Seeking sanctuary in a local church, they discover a bizarre disturbed priest where he gives them the knowledge of ‘The Zombie King’.

Can our hero’s unravel the clues in time and survive or will The Zombie King and his horde of zombies rise on the night of the dark moon?
Posted by MJ Simpson at 08:59