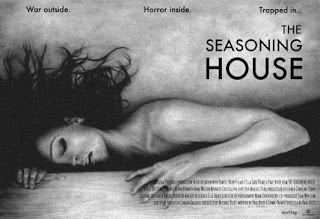 I get excited about a lot of things but one of the most exciting pieces of news I’ve heard recently is that tomorrow Paul Hyett starts production of his directorial debut, The Seasoning House.

In my forthcoming book, Paul probably features more than any other person. Back in 1994, when he was still a teenager, Paul did the effects make-up for Andy Parkinson’s I, Zombie: The Chronicles of Pain, and from there his career has blossomed to the point where he is, I believe, the absolute top make-up effects artist in the UK.

If you like modern British horror, you’ve seen a lot of Paul’s creations: Lighthouse, Dead Creatures, The Last Horror Movie, The Descent, Cold and Dark, Spirit Trap, Wilderness, WAZ, The Sick House, The Cottage, Doomsday, Eden Lake, Mutant Chronicles, The Children, Tormented, The Descent Part 2, Heartless, Attack the Block, The Reverend. Basically, his CV is a list of (a) great movies, and (b) less than great movies where the best thing were the effects.

The Seasoning House - synopsis
The Seasoning House. An unspoken spoil of a Balkan war. The place where young girls, kidnapped by soldiers and sold on to brothels, are prostituted to the military and civilians alike. This is where we meet Angel, a young, orphaned, deaf mute enslaved by her vicious owner to tend and care for the girls in their drug-induced stupors.

Unbeknownst to her captors, she moves between the walls and crawlspaces of the house, observing, learning and planning her escape. Following the arrival of the militia responsible for the murder of her family, Angel's friend Vanya is killed by one of them in a twisted sex kick. Angel sets out through both ingenuity and brutality to wreak revenge in this tense, horrifying exercise in claustrophobia, action and suspense.

Here’s the director’s statement on the sort of effects we can expect:

"The violence in The Seasoning House will be harrowing and extremely real. With my extensive experience in prosthetics and visual effects we will be creating fight scenes and violence in a style not seen before. The production design will be based on the devastated post-war look in parts of Eastern Europe. The Seasoning House itself will be dilapidated with crumbling walls and grey green colours, to mimic the emotional confines Angel is living in. The only colourful parts will be the flashbacks of Angel’s previous life with her family. The costumes and makeup will also emphasise the broken-down, decrepit and fractured world in which Angel lives. 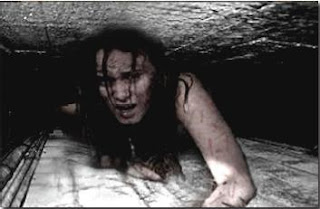 Finally, check out this amazing teaser which was directed by Paul, with some of the same cast and crew, for another military-based horror project, The Black Site. The final shot here is absolutely jaw-dropping.