My name is Darren Lynch, I'm 25 years old and I'm an actor from Derby. I've currently been acting now for about two years. Playing a character called Shifty in a recent cinema release called Screwed. Also appearing in future 23rd Bond Movie called Skyfall for release in 2013. Watching a lot of big name directors such as Reg Traviss, Sam Mendes and Dominic Burns work on their masterpiece, it has inspired me to write, direct and produce my first movie. A horror movie called Ouija. Always been a fan of horror movies and using the Ouija board inspired me to write this script as there are not many good ouija board films. I am aiming for cinema release on this one for release next Halloween.

Ouija tells the story of nine friends who get together for a night out of partying in the woods. Little do they know one of them has other ideas bringing the Ouija board, convincing everyone to play. They open a portal unleashing a series of demons who stalk the group killing them one by one.

Ouija is something different than any other horror, firstly their isn't a film about an ouija board that has ever been a huge success*. Until now. 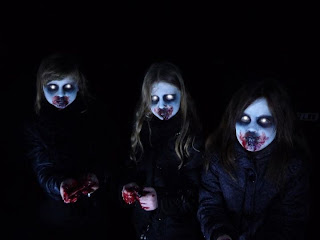 This film has everything a horror fanatic is looking for. Scare factors, gore, lots of jumpy bits and of course .. a great story line. I was inspired by the ouija board to write this story. I have done a few in my time never come across anything spooky. But have been told not to mess with the arts of Ouija so i wrote this story in other people's eyes, how they have come across evil on the board.

We have finished filming now after a hardworking five weeks and the film is now gone into post production. The film is looking really good. We have been filming in a woods around the area of Shelton Lock in Derby. Already having attention from our local newspaper the Derby Evening Telegraph and having interest from America with another five articles wrote and a radio interview. Ouija is already blowing up and looking good for the release with so much attention.

*MJS begs to differ: Dude, what about Kevin S Tenney's Witchboard? Made by a film-maker in his early 20s (under the title Ouija!) and a huge hit on video in 1986, spawning two sequels. Great movie! 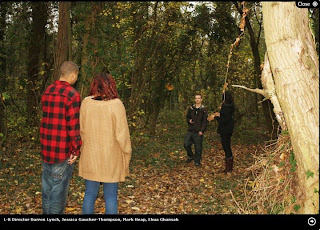 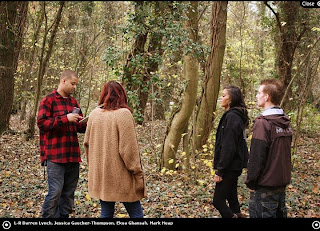 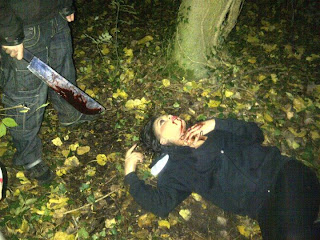 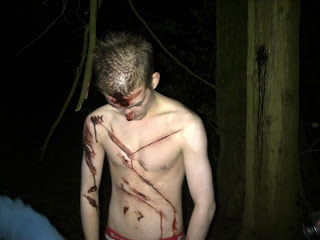 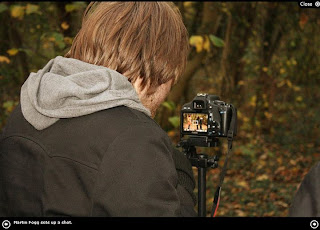 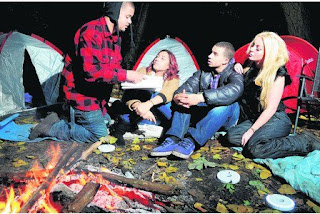