Continuing our round-up of films you have almost certainly not had a chance to watch yet.

The Hatching (directed by Michael Anderson) 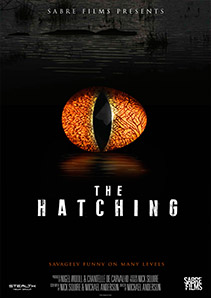 “Tim returns to his childhood home to bury his father and take over the family business, with his girlfriend Lucy. However, Tim carries an old burden; a friend of his was killed by a crocodile during a kids’ prank at a local zoo and when locals mysteriously start vanishing, Tim realizes the crocodile eggs he stole as a child have now hatched and are loose on the Somerset Levels. As people disappear and gruesome body parts mount, the horrific truth emerges and for Tim it’s a race against time, to put right what went so horribly wrong.”

Shot in Somerset in November/December 2013, this “dark comedy/horror that does for the Somerset moors what Jaws did for beaches” stars Thomas Turgoose from Eden Lake and Andrew-Lee Potts from Primeval. I covered this last November when the film premiered at the Bath Film Festival, followed by a screening near Bridgewater. More at www.facebook.com/hatchingthemovie 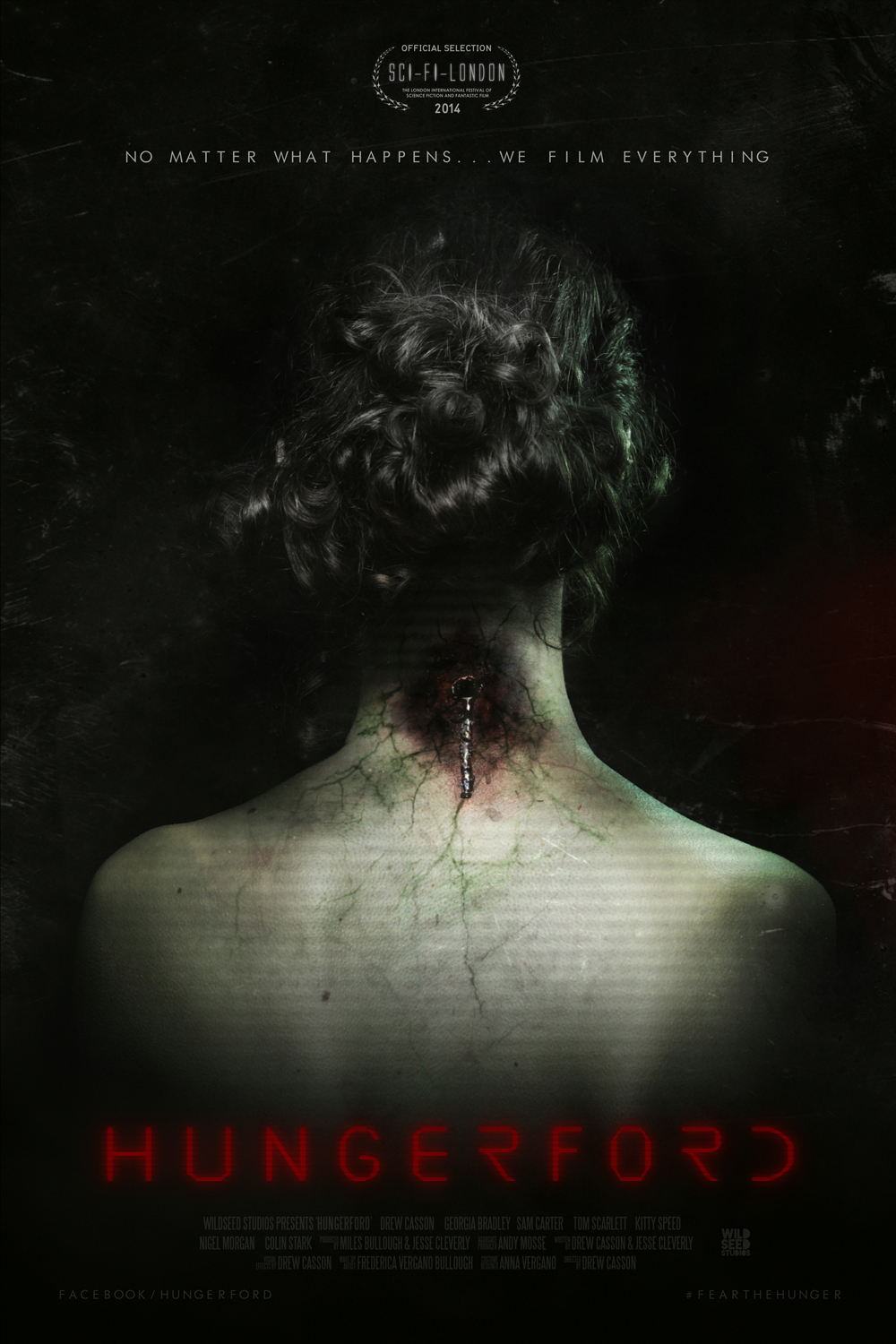 “Cowen Rosewell lives with a small group of old friends in a scruffy flat in a small English town. Like many teens leaving school in 2014, there are few prospects or opportunities for people like Cowen and he has enrolled on a BTEC media course as a way of passing the time. His first assignment is to record everything in a week of his life. At first Cowen dismisses the random acts of violence he witnesses as the business as usual in a small English town. However, when one of his best friends is savagely attacked by a stranger, and in defending her they kill her assailant, the inexplicably serious nature of the dead assailant’s injuries alert them to a more disturbing reality. As events escalate, Cowen and his friends discover that the town has come under a mysterious malign influence which is somehow controlling organised gangs who are rounding people up and taking them to a nearby factory. The friends hide, hoping to escape, but their sanctuary is discovered and over run. Finally Cowen must make his way alone to the factory in search of his loved ones. The evil force that awaits him there has implications not just for Cowen, but for the entire world.”

Directed in 2013 by 19-year-old Drew Casson with £20,000 funding from Wildseed Studios, this alien invasion picture premiered at Sci-Fi London in May 2014. It also screened at Shriekfest in LA in October and has just been accepted into Fantasporto. I reviewed a screener in June. Originally titled Hunger Ford, I wasn’t the only reviewer to suggest that a further title change might help.

I am Cursed (directed by Shiraz Khan) 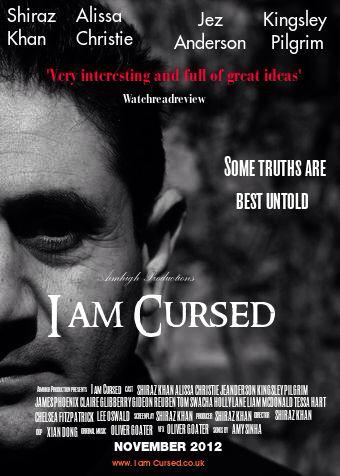 “The Story is set in a News office.  Lisa is a frustrated News writer/reporter waiting for her big break. Much to her annoyance all the bigger stories are given to other writers including Dan who has better family connections. Then Lisa's biggest story walks into the office in the form of Jay. He is incredibly introvert and mysterious. He finds it difficult to interact socially and to make friends for good reasons as Jay brings with him a deadly secret! Lisa befriends Jay and they share adventurous assignments together. Dan's jealousy takes over and Jay soon becomes a target of his gang. It is not long before mysterious killings start taking place within the office. Lisa investigates and makes a startling discovery about Jay. Lisa’s further investigation leads her into Jay's deadly secret and the connection to his Supernatural truth is revealed. Will Lisa be the next Victim? Who is the real Jay? A victim or a misguided soul?”

Filmed around Windsor in the summer of 2011, there was a single screening in London in June 2014 but no news since then. More at www.iamcursed.co.uk 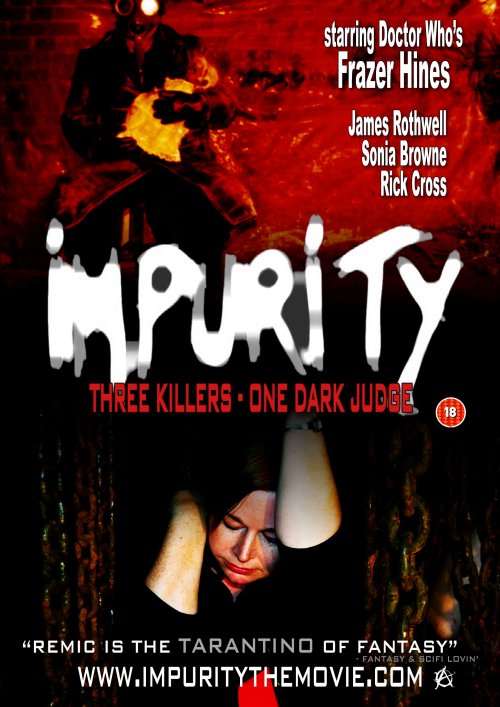 “Shotgun Jimmy is a nasty piece of work. Ripping off drug dealers, killing policemen, he'd decapitate his own grandmother for a sack full of loot. Schizophrenic, psychopathic, his only friend is Mary the Shotgun - his trusty, reliable pump-action. But during a violent road-rage incident, something goes horribly wrong and Jimmy finds himself chained in shackles in a dark, grimy dungeon where he ponders over a deeply buried secret past… Tomas Sorescu's been a bad man. He likes his whiskey. And brandy. Vodka, rum or gin? Hell, he'll drink petrol if it isn't nailed down. Only now he's done a rather silly thing. He's crashed his car - and killed his wife and little girl in the process. Tomas feels pretty bad about the situation. So bad, in fact, he needs another drink. But then it gets worse as a tall, powerful, gas-mask wearing figure pulls Tomas from the wreckage and introduces him to a special place… Sophie Scott is a successful career journalist in the sleepy village of Ramsbottom. Happy and confident, she now hides a secret… For a few weeks earlier, she killed her husband. Stabbed him in the guts and buried his body in the woods. Now, his restless spirit haunts her, and she hears his mockery at every street corner. Sophie starts to believe she's going mad. Then, whilst following up a murder story in the woods, she visits an old witch called Alice - and within minutes, meets the gas-masked figure known as Chemical Man. Meets him, and ends up in the boot of his car. All three characters awake, chained and shackled in a cellar dungeon. At first they squabble like children, but soon realise their abductor is far from sane. However, Chemical Man doesn't want to kill them. Not yet. First, he wants to purify them. He sees their souls as stained by the impurity of their dark deeds… and this cleansing process promises to be a lot more painful…”

Shot in Lincolnshire in May 2013, this debut feature from horror author Andy Remic had a cast and crew screening in December of that year (at the famous Kinema in the Woods) but has otherwise remained unseen. Frazer Hines, who was Jamie in Doctor Who a thousand years ago, lends name value. Remic, who calls this “a dark, brooding, powerful feature film in the tradition of Saw, Hostel, Dead Man’s Shoes and Shallow Grave” is now prepping a second feature, The Mask Within. More at www.impuritythemovie.com
Posted by MJ Simpson at 19:06