More films which are as yet unseen outside of the festival circuit.


“A film crew awakens an ancient evil, dormant for millennia and eager for souls.”

After a London premiere in July 2013, this horror-comedy screened to great acclaim at Horror-on-Sea in January 2014 and then at Horror-on-Sea East in November. It also played a festival in Salt Lake City in October. You can keep up to date with future developments on Facebook. 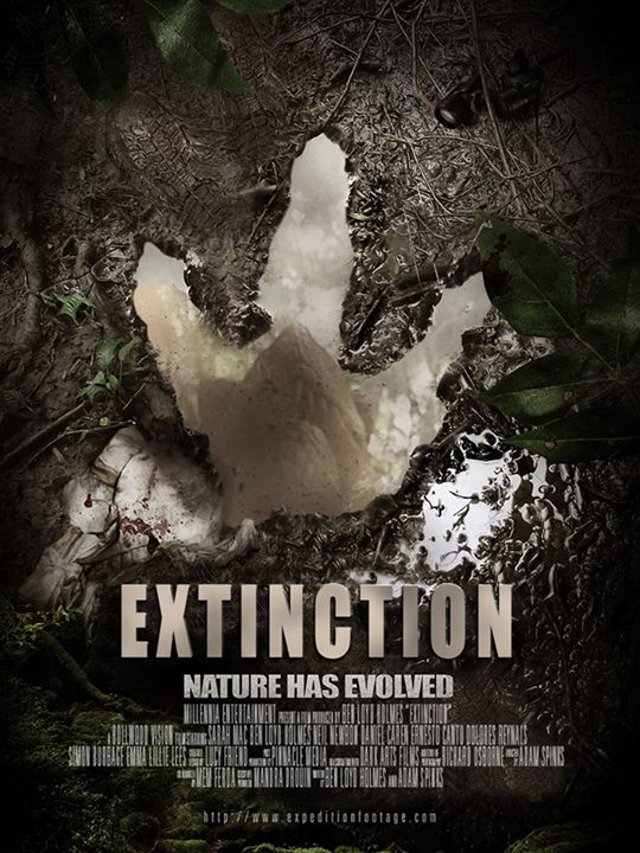 “A research team led by a renowned and respected Professor who embark on an Expedition deep within the Amazon to study vulnerable and endangered species. However after a series of strange events, the superstitious guides abandon the team, who, faced with a tough decision, decide to remain deep in the jungle in an attempt to complete their study… but as night falls they begin to realize that all really is not as it seems and that they are in the hunting ground of an apex predator… Something they never could have imagined.”

Filmed as The Expedition, this found-footage dinosaur movie premiered at Frighfest in August 2014 and was trade-screened at the AFM in November. Adam Spinks followed this with as-yet-unseen zombie feature Survivors. More at www.facebook.com/ExtinctionTheMovie

“The plot consists of two parallel storylines which cleverly intermingle, revealing tantalising elements of the characters back stories.  The drama builds, driving the levels of suspense to a fever pitch with lots of fast cutaways and a discordant nursery rhyme theme used to accentuate the tension, thrill and suspense. The story centres on twenty two year old Lily Reynolds who hides a terrible secret that bursts back to her memory when she accepts a baby sitting job for unhappily married Tim and Samantha Thompson at their home, Grosvenor Grange. Echoes of Lily’s past will trigger off an horrific journey deep down into her subconscious, while we watch her struggling to protect the baby in her charge from an ever increasing danger, but is it real or imaginary?”

Shot in March 2014 in North Wales, this premiered in December at the Mumbai Women International Film Festival. More at www.thefinalhaunting.com

The Forgotten (directed by Oliver Frampton)

“When a father and son are forced to squat in an empty London council estate scheduled for demolition, 14 year old Tommy starts to hear strange noises coming from the boarded-up flat next door…”

Shot back in October/November 2011, this feature debut from a former script editor for The Bill premiered at the 2014 Frightfest. Subsequent festival screenings have included Grimm Up North and Norway in October, then South Africa, Argentina and Abertoir in November. More at www.facebook.com/TheForgottenFilm
Posted by MJ Simpson at 19:11