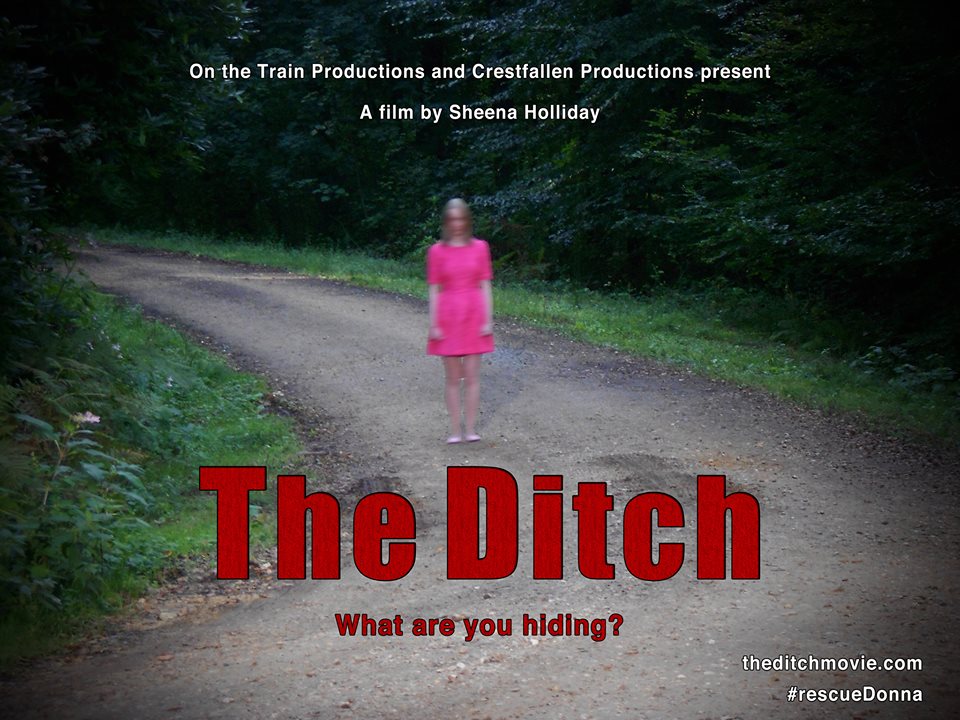 Despite only having two cast members and running a mere 15 minutes, British horror short The Ditch has taken 18 months to film, apparently. Some footage was shot in September 2012 and some more in September 2013 but both shoots were cancelled because of problems with the weather. Now writer-directir Sheena Holliday has rewritten her script for interior scenes and plans to finish the picure next month.

Holliday's previous shorts include A Plaster, a Paper and a Cheese and Pickle Sandwich and 0800-FINALGIRL. The two actreses are Lucy Wilkins (Harold's Going Stiff) and Katie Pattinson.

Waiting for Gorgo took about six years to get made from pre-production to premiere, and that was only 18 minutes so I have every sympathy with Sheena and co. Find out more at theditchmovie.wordpress.com and www.facebook.com/theditchmovie
Posted by MJ Simpson at 13:24