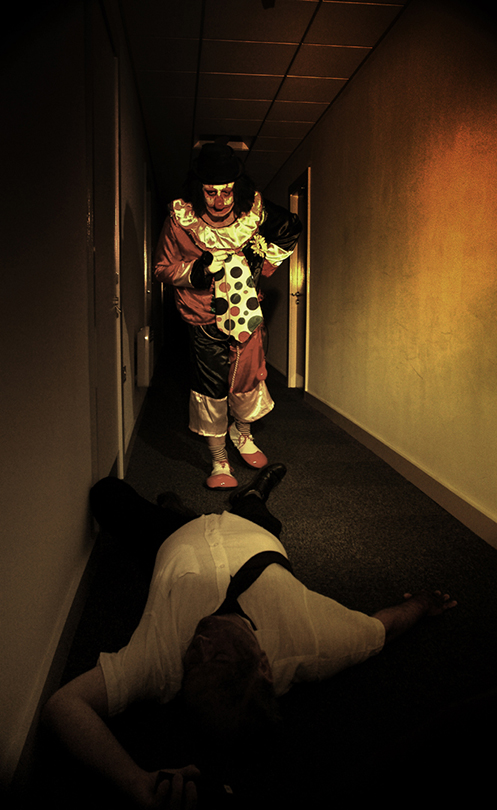 Mark J Howard’s feature Lock In, which premiered at Horror-on-Sea in January, sneaked onto VOD last month without anyone noticing. The publicity calls it a ‘psychological thriller’ which is misleading (or, if it’s accurate, the trailer is misleading) because this appears to be a film about a killer clown brutally and gorily killing people in an office building using a variety of builder’s tools.

Yes, that sounds like a psychological thriller. Come on, truth in advertising please folks.

The film can be purchased for $7.99 from VHX. Find out more on Facebook or at www.lockinthemovie.co.uk. The film-makers are planning a charity screening next month somewhere in the North West in aid of Help for Heroes, details TBC.