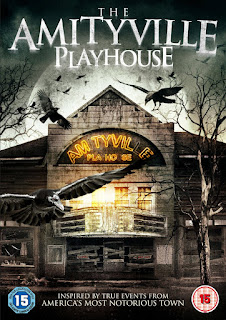 I was alerted to the existence of a film called The Amityville Playhouse recently by British horror film expert Darrell Buxton, with an assurance that, though filmed in Canada, it’s solidly British.

And indeed it is, so far as I can tell. The movie is written by, directed by and stars John R Walker, a jobbing extra with 2,000 screen appearances to his credit (although, despite what certain newspapers reckon, he is not – and has never claimed to be – Britain’s most prolific extra). Within the BHR, Walker has had bigger roles including gigs on Crying Wolf, DeadTime, Valley of the Demon and Cute Little Buggers. And when he’s not acting, according to this feature in his local paper, he works on the fish counter in the Dudley Tesco!

The screenplay was co-written with Steve Hardy, whose specialist subject is the old 1970s TV sci-fi show Timeslip. Hence the presence in the cast of Lesley Scoble, Cheryl Burfield and Spencer Banks, who all starred in that series. Also in the cast is my old pal from SFX days, voice legend Gary Martin.

Synopsis: Fawn Harriman (Monèle LeStrat) had counted herself lucky the day she inherited a disused theater in the small town of Amityville, Long Island. With her sights set on a new life in the theatre, she invites a group of friends to join her there for a weekend adventure that will ultimately lead them into the terrifying clutches of an ancient pact between the mysterious locals and a malignant presence from the very bowls of hell. As the stranglehold of evil grows ever tighter, Fawn’s teacher, Victor Stewart, races to Amityville in a desperate attempt to rescue the imperiled party and put an end to the town’s terrifying legacy once and for all.

I suspect most people who watch this film will think it's North American - and the Inaccurate Movie Database lists it as Canadian - but it is assuredly a 100% British horror film that was just shot over there. 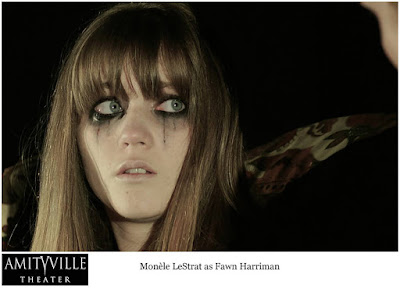 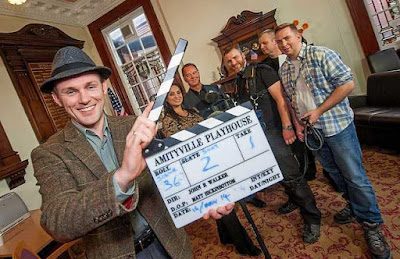