I just received the latest issue of Scream magazine (with Jaws and Angus Scrimm on the front) which includes the first instalment of an epic multi-part feature by Yours Truly. In '21st Century Frights' I'll provide a complete run-down of every British horror film released since 1st January 2000.

Issue 30 of the mag carries Part 1, covering the four-year period 2000-2003. There are 26 films described therein, including Cradle of Fear, My Little Eye, Sentinels of Darkness, Sacred Flesh, Kannibal and Penetration Angst.

I've already submitted Part 2, covering 2004-5. Later on I'll have to start doing single years, and then part-years as we approach the mid-teens. Potentially I might never catch up with myself! 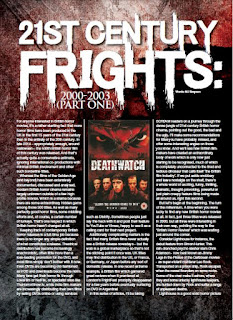 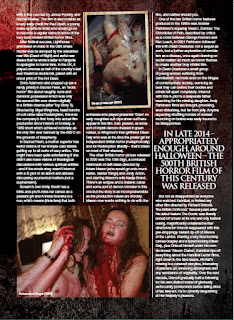 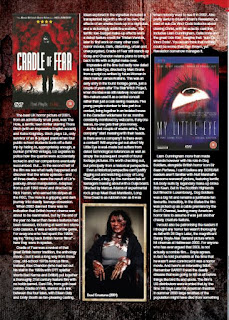 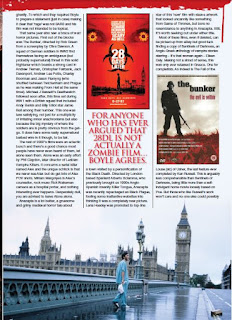 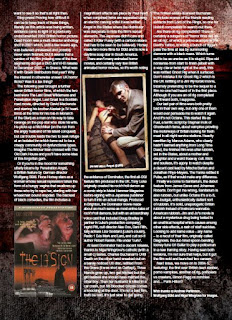