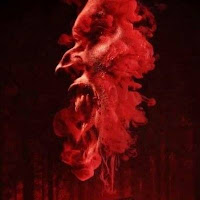 A few years ago, producer Jonathan Sothcott was a major player on the British horror scene. He brought us Devil’s Playground, DeadCert, Stalker, Airborne, Elfie Hopkins and, yes, well, it can’t be denied, it's on the man's IMDB page, Strippers vs Werewolves. You win some, you lose some. Since then he has been concentrating on films about geezer gangsters and football hooligans, for which there seems to be an inexplicable demand.

Well, now he’s back with a brace of vampire comedies, the first of which started shooting today. Eat Local is the directorial debut of actor Jason Flemyng (The Bunker, Anazapta, Quatermass Experiment remake) from a script by Danny King. Originally the film (working title: Reign of Blood) was going to be directed by Dexter Fletcher but he’s busy so Flemyng, who has a production company with Fletcher, stepped up to the chair. No cast announced yet.

Synopsis: In a quiet countryside farmhouse, Britain's vampires gather for their once-every-fifty-years meeting. Others will be joining them too; Sebastian Crockett, an unwitting Essex boy who thinks he's on a promise with sexy cougar Vanessa; and a detachment of Special Forces vampire killers who have bitten off more than they can chew. This is certainly going to be a night to remember... and for some of them it will be their last. 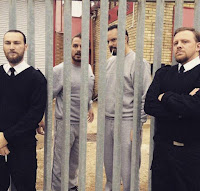 After Eat Local, Sothcott’s next feature should be Fanged Up, another vampire comedy also directed by an actor. In this case Nick Nevern (The Tapes, Demons Never Die) who previously helmed The Hooligan Factory, a spoof of all those soccer thug pictures that JS has been producing. Nevern wrote the script of this prison movie and will star alongside comedian ‘Dapper Laughs’. A promo reel has been shot for this.

You can find out more on the Facebook pages for Eat Local and Fanged Up.