The Xlitherman returns on 1st September 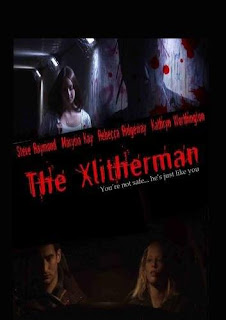 Back in 2009 there was a British horror movie called The Xlitherman, starring BHR regular Marysia Kay. I've never seen the film and never tracked down a copy.

Well, my search is nearly at an end because director Peter Lancett is working on a new version, called The Xlitherman - Remaster, and a release date of 1st September has now been announced over on his Facebook page.

Synopsis:After his girlfriend leaves him, Martyn hides his disturbing slide to to the edge of insanity behind a mask of repressed normality. Martyn is an everyday man of the suburbs. In fact, he's just like you.

Martyn is just like you: that's how he thinks you see him. He lives in the suburbs; he goes to work and comes home again. Just like you in fact. But Martyn has a secret. Martyn is obsessed with murder and magic. He admires people like Peter Kurten, Charlie Manson,  night stalker Richard Ramirez - and of course, Ian Brady and Myra Hindley.

Martyn visits notorious locations forever linked with the horrors of the past, particularly Saddleworth Moor where Brady and Hindley tortured, murdered and buried their child-victims. And if you cross him, perhaps he even visits your home while you sleep. Still, everyone has a few secrets, right? Even you. Martyn is no different from you after all.

Things change when Sandra appears - seemingly from nowhere - and Martyn is goaded into revealing his true nature. Now, the suburbs will never be safe again. 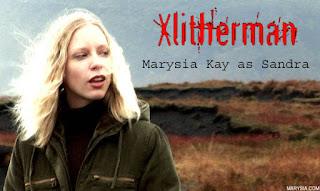 Here's a description of the new version from Lancett's webste:

I'm looking forward to finally getting to tick this one off my list. Here's the trailer for the original version: