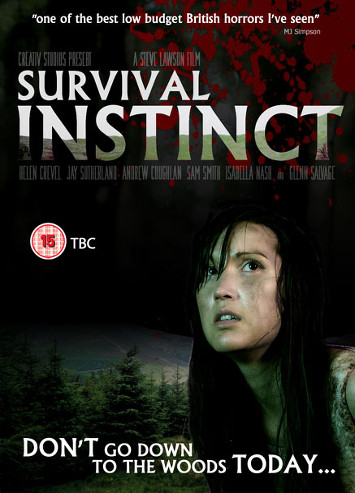 Hard-working film programmer/historian Tony Earnshaw has unveiled the line-up for this year's Fantastiq weekend at Derby Quad, including some new British horror content.

Jake West will be the special guest on the Sunday (10th May), with a lengthy 'in conversation' session followed by his latest feature-length documentary Video Nasties: Draconian Days. You can also catch a rare big screen outing of Jake's film Doghouse on the Friday (8th May).

Also on Friday is the world premiere of Steve Lawson's cracking horror-thriller Survival Instinct (which I reviewed from the cast and crew screening when it was titled Rites of Passage). Steve will be in attendance for a Q&A.

Among the various retro/archive events over the weekend are a preview of David Gregory's documentary feature about Richard Stanley and The Island of Dr Moreau, and Darrell Buxton launching a new book he has edited about British horror films of the 1980s.
Posted by MJ Simpson at 22:25