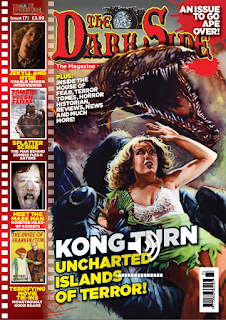 Whether you have seen some, all or none of Driscoll's films, I urge you to rush out and buy the new Dark Side when it goes on sale later this week. You won't regret it. Richard Driscoll might, but you won't.
Posted by MJ Simpson at 12:15