Tammi Sutton's Whispers is finished and has had its world premiere 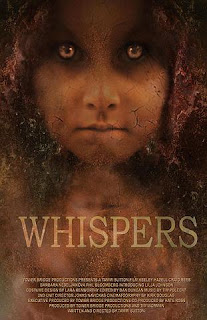 Tammi Sutton is an American film-maker who worked in various capacities on a bunch of fun early noughties Full Moon titles including Hell Asylum, Dead and Rotting, The Dead Hate the Living and Killjoy 2 – which she directed.

She has four other feature director credits on her CV: Sutures, Secrets of Life, Isle of Dogs and Whispers. The last two of these are actually British productions.

Isle of Dogs, which was written by Sean Hogan (Little Deaths, The Devil’s Business) had a VOD release in 2014. It’s a violent crime thriller but it’s horrific enough to have played Frightfest and Shriekfest. But Whispers has been on my MIA list since it was shot way back in June/July 2011 and I had almost given up hope.

Well, it seems that Sutton shot (or re-shot) more footage for Whispers last year, to judge by the dates of various tweets:

I have just discovered that Whispers had its world premiere at the RIP Horror Film Festival in LA in October along with another new British horror, Granny of the Dead. (I know this ‘news’ is three months late, but hey, at least I investigate things on this blog instead of just slavishly reproducing press releases like most horror websites.)

Whispers stars lads’ mag model turned actress Keeley Hazell, Barbara Nedeljakova from Hostel and Strippers vs Werewolves (who also starred in Isle of Dogs), Craig Rees (who was also in Sutures plus episodes of The X-Files and Angel, although he’s British), Diane Ayala Goldner (Halloween II, Hatchet III) and Lynn Lowry (Shivers, Cat People). Here are some stills that Sutton posted onto Facebook: 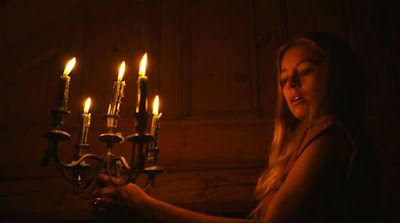 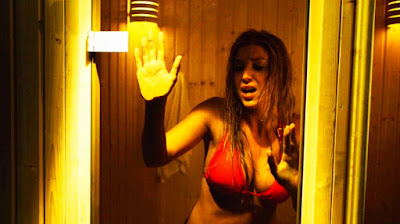 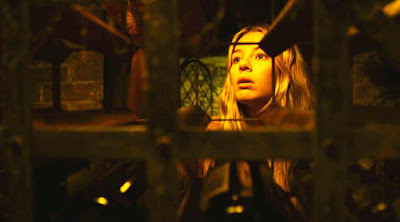 The only synopsis I can find is this single sentence on the IMDB: "A young couple grieving the recent death of their daughter move to the countryside where they are haunted by their tragedy and a sinister darkness." 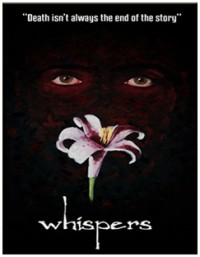 I'm delighted to finally move Whispers from section 3 of my British horror master-list (films that were started but may not have been completed) to section 2 (films that have had at least one screening somewhere) and I look forward to finally shifting it into section 1 when it eventually hits DVD or VOD. Isle of Dogs took just over three years from its premiere to its release. Hopefully Whispers won't take that long. Also, according to the ever 'reliable' IMDB, Sutton is now working on an 'untitled Whispers sequel'.

NB. There is a trailer on YouTube claiming to be for this film but it's actually for an American TV series called The Whispers. This is the actual teaser trailer which producer/composer Tim Worman posted onto Vimeo earlier this year.