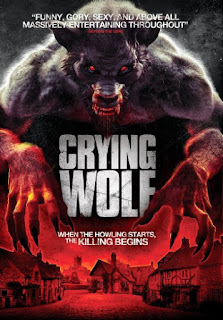 It seems you can't move for werewolf pictures in this country nowadays. Tony Jopia's horror comedy Crying Wolf is now available on Amazon Video, with a US DVD release lined up for 5th January.

Synopsis: They're Hungry, Hairy and ready to hunt you down! The comedy horror Crying Wolf tells the story of strange and weird goings on in a little English village called Deddington. The gruesome death of local girl Charlotte by a rabid monster causes alarm and revulsion - before desperate reporters, crazy detectives and revenge seeking hunters descend on the scene! Crying wolf is a fast paced British comedy horror that will keep you howling for more!

Find out more at www.facebook.com/cryingwolfthemovie