Synopsis and teaser art for The Warning (aka Ward 8)

Black and Blue films have released new promo art and a synopsis for The Warning (previously announced as Ward 8) which is currently shooting and is pencilled in for release next December.

Alessandro Leone and Alain Wildberger are producing with Jonathan Sothcott as executive producer. JS says: "This is the first time Black and Blue Films have dipped their toe in the found footage waters and following in the footsteps of The Blair Witch Project and the Paranormal Activity series is quite a challenge, but we Brits have always found a way to put a new spin on horror genre staples and with The Warning director Alexander Williams has given us a powerful, nightmarishly scary journey into fear. There are none of the familiar Black and Blue faces in this film, no Danny Dyer or Colin Salmon - this is a raw, uncompromising genre picture that is going to really get under peoples' skin!"

Synopsis
We were warned in an ancient Mayan prophecy that the 21st December 2012 would be the beginning of the end, but not how and where this new era would unveil itself. Until now.

In December 2011 a strange futuristic-looking artifact was uncovered in an uncharted Mayan temple in Mexico - examination of the artifact revealed binary coded information which appeared to be encoded footage. The content was unlocked by students at Chicago state university and appeared to be several hours of video footage heralding the end of the world… time stamped in the near future.

Investigation of those featured in the footage produced several names and the authorities attempted to question those involved about the validity of the footage.

But all of the people featured in this footage have disappeared… 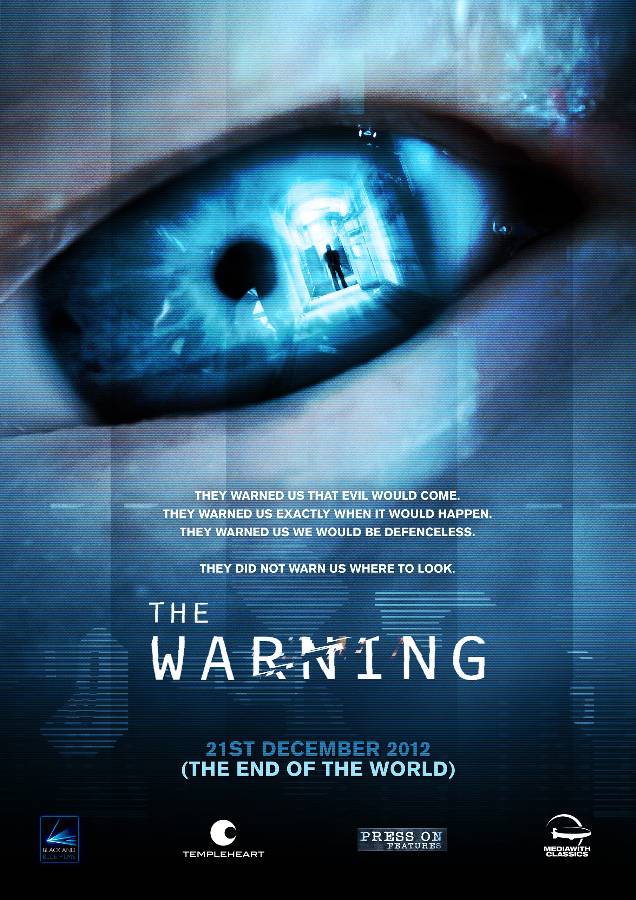