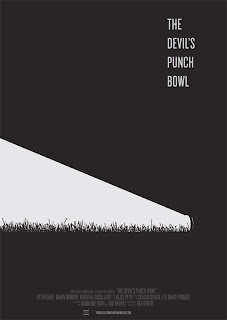 Synopsis
Housemates Alice O'Brien, James Papageorgiou and Gary Mitcham decide to visit The Devil's Punch Bowl in Surrey, England, where an unknown sailor was murdered in 1786 by three robbers. The culprits were executed and hanged in chains near the scene of their crime on Gibbet Hill. Alice was in love with her new camera, and decided to film their trip. What was caught on camera...

Written and directed by Tim Hewitt, a former actor who had been in things like Hotel Babylon and MI High. Produced by Hewitt and Madeline Dart. Editor: Alice Petit (director of a 2009 ghostly short called Eleonor). Music by Sergio Cicalo. Sound design by David Pringle (ex-RSC).

'The Devil’s Punch Bowl', is according to Wikipedia, “a large natural amphitheatre and beauty spot near Hindhead, Surrey” and this film, which seems to be a Blair Witch-style fake documentary, is based the local legend of the ‘Unknown Sailor’ who murdered on nearby Gibbet Hill in 1786.

Filmed in September 2010, a rough cut of The Devil's Punch Bowl was taken to Cannes in May, but it all seems to have gone quiet since then. Director Tim Hewitt is still active on Facebook and Twitter but that’s all about his new short or general stuff. Punch Bowl seems to have vanished. 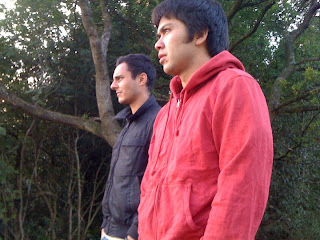 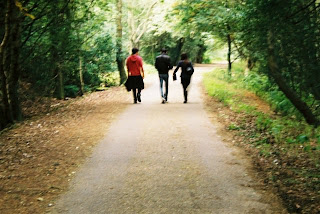