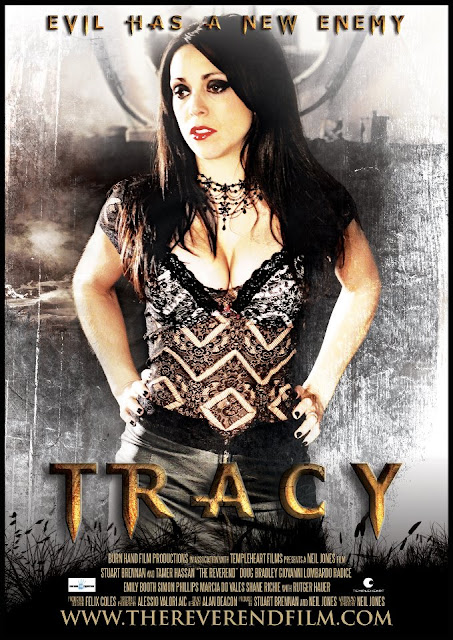 There's also a regular one with Rutger Hauer, and for those with unusual tastes there's one of Shane Richie. But let's be honest: who would you most like on your office wall?

Only problem I can see with this is that some people are going to assume the film is called Tracy. What's the betting Tracy gets listed at some point as a spurious credit on Bouff's IMDB page?

You can see all three on the film's Facebook page. It's scheduled for a February theatrical release in the UK.
Posted by MJ Simpson at 23:55