Continuing our round-up of completed, screened but unreleased British horror films from 2013/14: 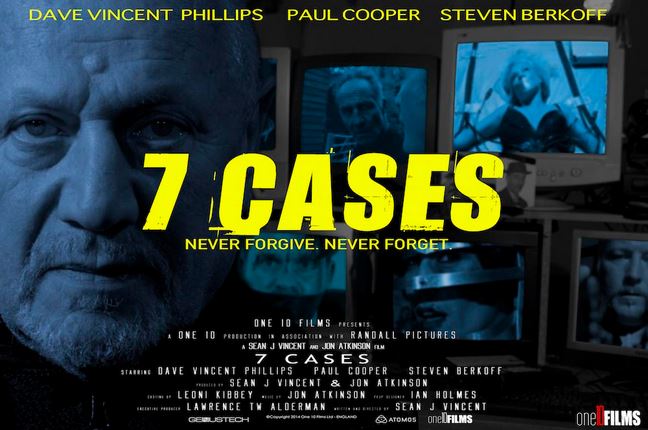 “Two retired bank robbers take on one last job after meeting for the first time in 15 years... but their past comes back to haunt them. They spend the day trying to retrieve their money in one of the weirdest and scariest treasure hunts ever... They must decide between their friends and loved ones lives and their money... will anyone survive?”

Shadows of a Stranger (directed by Chris Clark, Richard Dutton) 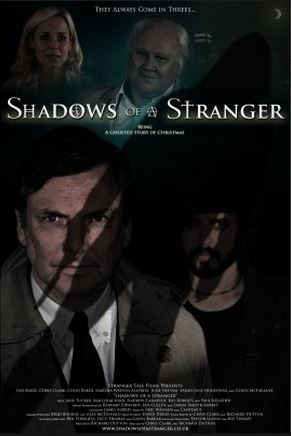 “David is a struggling private detective working in the city of Meridian, a bleak and lifeless place where people trudge along like ghosts. The investigator is soon to be haunted by more than just the shadows of his fragmented life. After he's approached by a reclusive actor, David takes on one last job, one that will either make his fortune or break everything. David must search within the darkest corners of his home city, a journey that takes him within the darkest corners of his own mind. But somewhere in the shadows the ghosts await him... Shadows of a Stranger is an original tale that re-samples Charles Dickens' A Christmas Carol in a dark melange of 'ghostly' visitations, psychic travelling, and the search for one's atrophied humanity. Re-imagined in a bleak, contemporary setting, the film also takes inspiration from Robert Rodriguez / Frank Miller's Sin City, and David Fincher's Se7en.”

Clark and Dutton spent five years making their debut feature on a budget of somewhere under £20,000, with principal photography wrapping in January 2012. The premiere was held at the Lincoln Odeon in September 2014. The cast includes Ian Cullen (Hellbreeder, Le Fear II, Family Affairs), CBeebies icon Sarah Jane Honeywell (now a BHR regular in films like The Herd and Book of the Dead), Colin McFarlane (Dr Muhahaha from Hounded) and former Tardis resident Colin Baker. More at www.shadowsofastranger.co.uk

The Singing Bird Will Come (directed by Iain Ross McNamee)

“A girl is forced to return to her hometown from London after her mother’s death and the break-up of her relationship. Taking a job as a night cleaner in a restaurant, she is troubled by the appearance of the ghost of a girl who disappeared years ago. A mystery unfolds around her, putting her in danger of meeting the same fate. The Singing Bird Will Come is a psychological horror thriller centering on the emotional restlessness of the lead character played by Gillian Harker. Supported by a strong cast from around the UK, this is a compelling and unnerving debut from Writer-Director Iain Ross McNamee. For fans of ghost horror films, The Singing Bird Will Come’s disturbing emotional air and atmospheric setting will have you drawn into the story and sitting on the edge of your seat.”

Filmed in Stafford between March and July 2014. The premiere was held in Stafford in November 2014 with preview screenings this month in Stafford, Shrewsbury and that London. More at www.thesingingbirdwillcome.com

“After the death of his fiance, Tom starts to see her in his dreams - living again. Every night he searches through his dreams for his fiance encountering elves and vampires along the way. Set against the backdrop of a dark, vampire infested dream scape Tom must decide whether he will stay in the dreams with his fiance, or return to the waking world where he can still lead a normal life.”

Don't know much about this one. It premiered at the Woolton Picture House, Liverpool in September 2013. No news since then. The Facebook page only goes up to March 2012 so that’s no use.
Posted by MJ Simpson at 15:36