Inspired by the ridiculous retitling of enigmatic ghost story Wandering Rose as Demon Baby(!), here are some more examples of modern British horror films which have been mauled by brainless American distributors.

Simon Hunter was so annoyed when his debut feature Lighthouse was renamed Dead of Night (with a truly terrible sleeve) that he actually wrote to Fangoria to apologise to US horror fans. 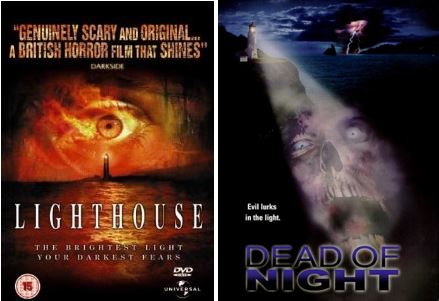 Wolfgang Büld’s jaw-dropping Penetration Angst could only get an American release by dropping the word ‘penetration’. It’s not like the whole film is about a woman with a fear of sex, or anything… 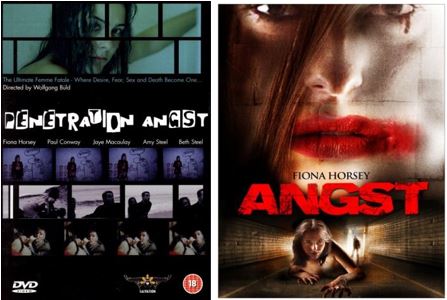 Octane, in which hack Marcus Adams destroyed Stephen Volk’s script, was rechristened Pulse in the USA but it’s bollocks under any title 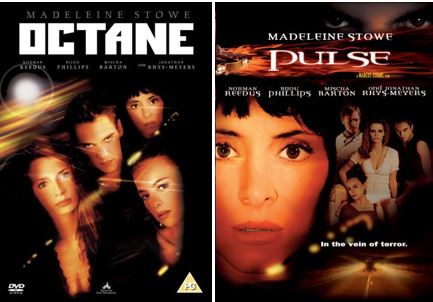 Johannes Roberts’ Forest of the Damned became Demonic in the States. The creatures look like vampires but are supposed to be fallen angels, which I suppose is sort of like demons. 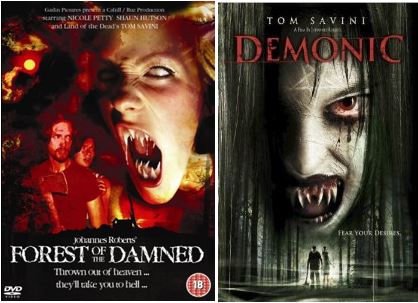 Tom Shankland’s brutal WAZ - which was really supposed to be called W-delta-Z - was marketed as The Killing Gene over there. And you can sort of understand why. 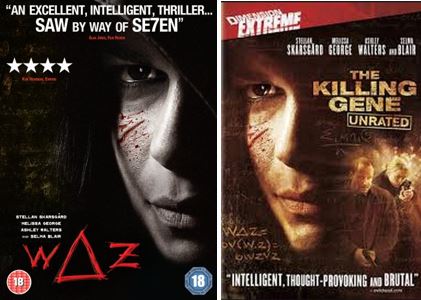 DJ Evans’ Daddy’s Girl, a study of a disturbed teenager with an obsessive thirst for blood, turned into Cravings. Which wouldn’t have been so bad if they hadn’t slapped some stupid vampire fangs on the cover. 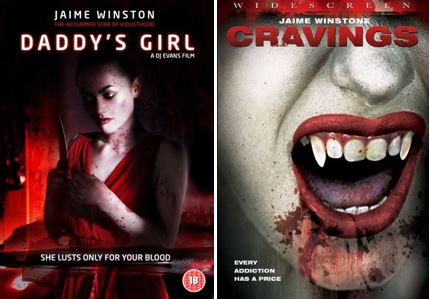 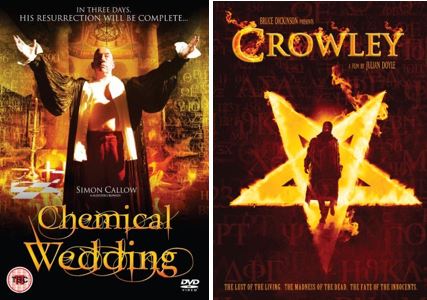 Toni Harman actually preferred the US title of The Devil’s Curse over her original title of Credo. Under either name, it’s an awful film. 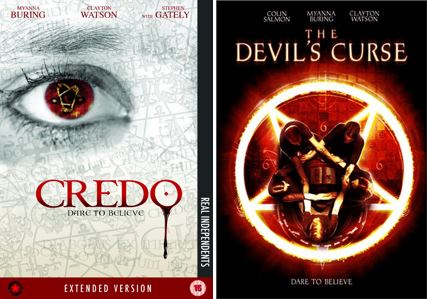 Phil Claydon’s Lesbian Vampire Killers famously became just Vampire Killers in the States where presumably no-one is interested in films about lesbians. Interestingly, Amazon has this sleeve design but with the full UK title. Notice how Mathew Horne has been positioned to try and disguise the fact that one of the heroes is a fat bloke. Presumably those positions will be reversed now that James Corden is a big film/TV star over there. 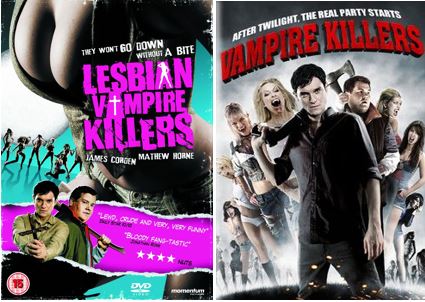 The twist in Jonathan Glendening’s enjoyable 13hrs is that the threat turns out to be sort of a bit like a werewolf. But definitely not an actual werewolf. The US distributor said “Ah, fuck it.” 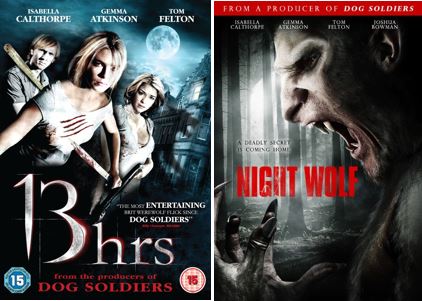 Some years after Forest of the Damned, Jo Roberts finally broke through with F, which was always going to be a problematic title (though there have been other one-letter films). The Expelled isn’t a bad title, although that’s not an image from the film. 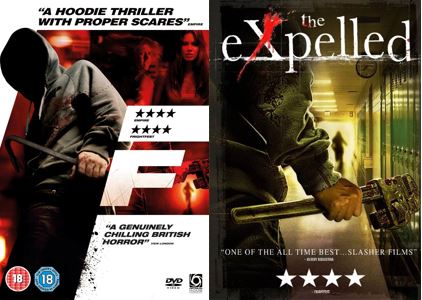 When the remake of Mother’s Day was released in 2012, someone in the States looked for any other film with a mother character and picked on Steven Nesbit’s powerful horror-thriller of parental anguish Curio. Oh dear. 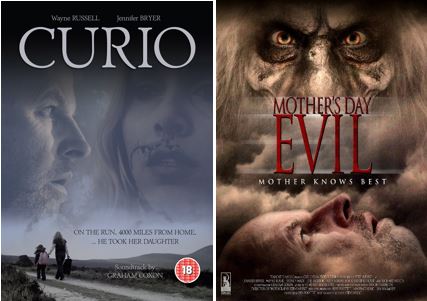 American distributors hate difficult words that not everyone will know so Drew Cullingham’s Umbrage: The First Vampire was doomed from the start. A Vampire’s Tale isn’t bad as retitlings go, and the sleeve does at least feature a cowboy vampire, although it’s not the one in the film, which isn’t actually set in the old west. 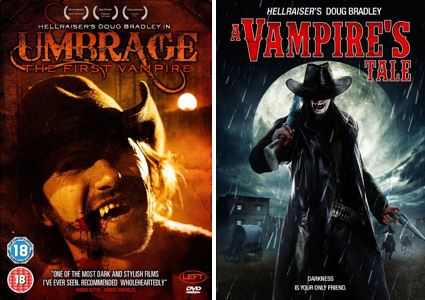 I liked Elfie Hopkins and the Gammons as a title. Ryan Andrews’ film was released in the UK as just Elfie Hopkins, which is okay. The US distributor took the Night Wolf approach of making sure the big plot twist was made entirely clear from the start. Note also how the sleeve designer has splashed more blood on Jaime Winstone and got rid of Aneurin Barnard. Who wants to see films about geeks with glasses? 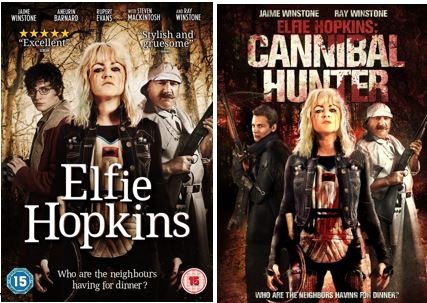 The 1991 Madonna documentary Truth or Dare was retitled In Bed with Madonna in the UK because ‘truth or dare’ is an American phrase, meaningless over here (except in the context of US teen movies). So why did Robert Heath’s Truth or Dare, which was actually about kids playing ‘truth or dare’, transform into the ungrammatical Truth or Die in the States? Maybe they were worried about people confusing it with the Madonna film. 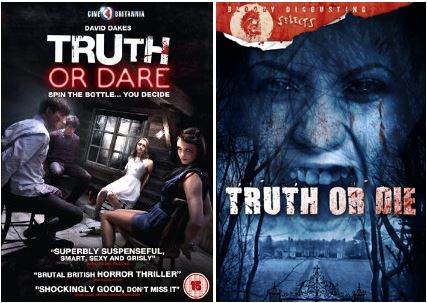 Where to begin? Battlefield Death Tales was a brilliant title. In the UK it was retitled Nazi Zombie Death Tales. In the States it was re-retitled Angry Nazi Zombies. Total number of actual Nazi zombies (angry or otherwise) in the film = nil. 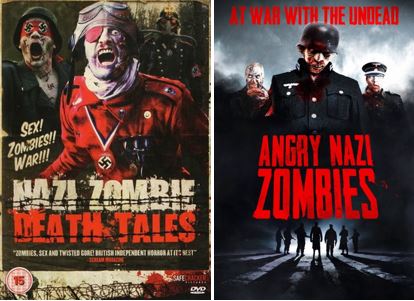 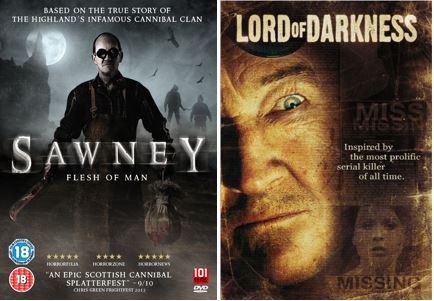 Luke Massey’s Warhouse was released as The Captive in the UK and as Armistice in the States where somebody evidently didn’t get that memo about no difficult words. 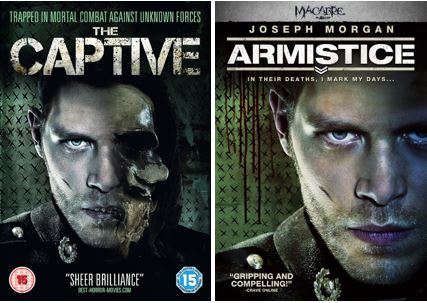 Elliot Goldner’s acclaimed The Borderlands became Final Prayer across the pond but at least they got a sleeve based on the original poster. The UK release went with a different twisted church image, the original design turning up instead on some obscure Italian film. 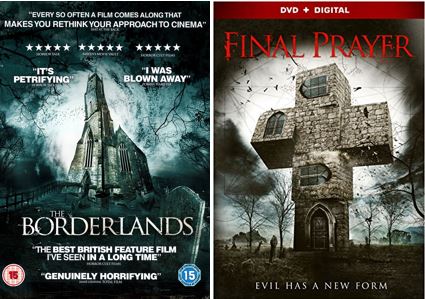 Sean J Vincent’s The Addicted is an instance of the US distributor going with the original title and artwork, and the UK picking a different title (it was going to be Rehab at one stage) and an unrelated sleeve design. Whatever you call it, it’s still barely watchable crap. 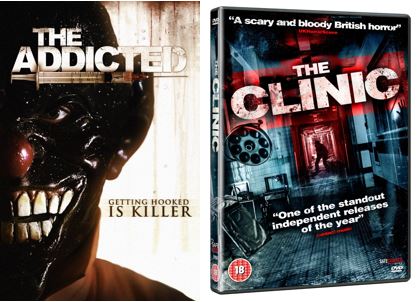 And yet, despite all the above, the US had no problems at all with a film called Tuck Bushman and the Legend of Piddledown Dale…