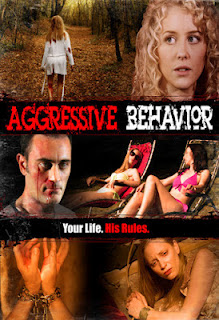 Four friends travel to rural France to restore a farmhouse, soak up the weather and party. On the ferry crossing they encounter Chris and his girlfriend, Gill. Later, the uninvited couple arrives at the farmhouse. The partying continues until a drunken conversation starts to erupt and the true nature of the two visitors is revealed. Unwilling to leave, the guests turn the party into a mayhem of violence, kidnapping, and murder.

Nuneaton film-maker Smith was previously 1st AD on Darren Ward's A Day of Violence. As far as I can tell, apart from a trade screening in Cannes, this US disc from Celebrity Home Entertainment is the movie's debut. Smith is now developing a military horror set in Afghanistan called The Bavarian.