'Shadow' and 'Season' to premiere in Portsmouth next month

Gav Chuckie Steel's slasher comedy The Shadow of Death receives its premiere on Saturday 12th May at the Brit Flick Film Festival at the Groundlings Theatre in Portsmouth.

Synopsis
Set in an English woodland countryside, Debra and her best friends Jamie and Nancy pick up Dan, Nancy's ex, to go out to the woods to score some weed. Unknown to them a killer who resembles death is cleansing the countryside. With a wannabe policeman and an assortment of the public out for some fresh air, the woods are no place to go down today.


Not to be confused with another recent British indie called The Shadow of Death, a thriller from Scottish Christian film outfit Noble Brothers Productions.

According to the poster below (which seems to be as far as the festiival's publicity reaches, so far) the other film screening that evening is Season of the Witch, which is presumably the long-delayed premiere of Peter Goddard's feature which I blogged about in February. I can't find any details of what shorts are screening. There are two more features on Sunday: The Wasters is about hedonistic lifestyles and I can't find out anything about The Fix. 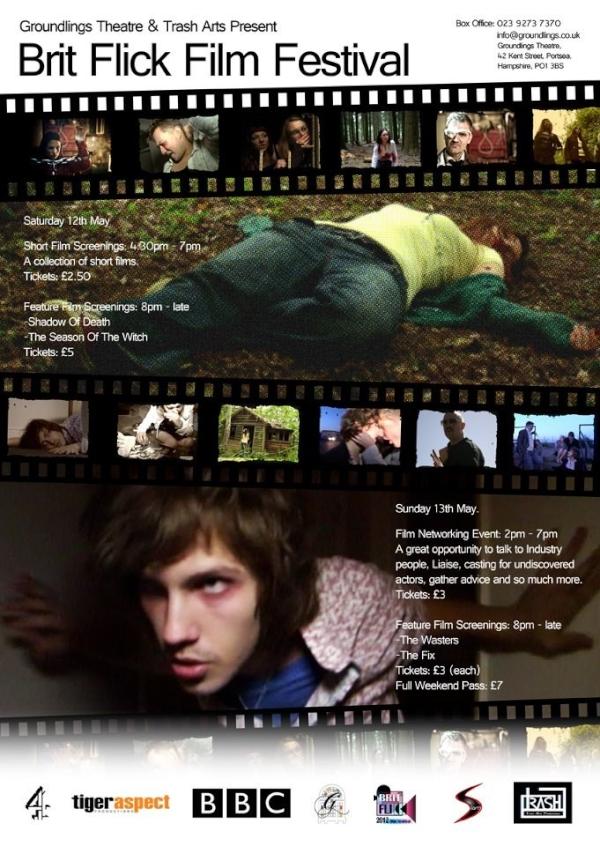