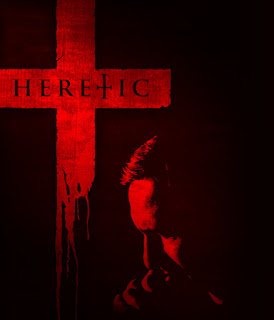 Written and directed by Peter Handford, this was shot in August/September last year. Handford and producer Bethany Clift are Northern Film School graduates and call themselves Mod Scientists.

Synopsis
After he refuses to accept responsibility for the death of a teenage girl a Catholic Priest is trapped and terrorised in a house haunted by those he should have saved.

Father James Pallister is a troubled Catholic priest who finds his faith crushed when a young girl he promises to protect commits suicide (Claire).

Months after Claire’s death, James is forced to return to his old parish and to the scene of her suicide, a derelict mansion house. Trapped in the house overnight, James is tormented by demons from his past - those that he has failed to care for in his role as an ambassador of God. With the house itself possessed, James becomes convinced that two dark figures haunting him are the ghosts of Claire and her dead Stepfather Tom, risen from the grave to seek a blood retribution for the awful tragedy that James allowed to take place…

With others now at risk, James must find the strength to confront the demons outside and inside before sunrise, and prevent the death of another young girl who needs his help. Or be damned forever…

This is the first teaser trailer and it looks terrific.