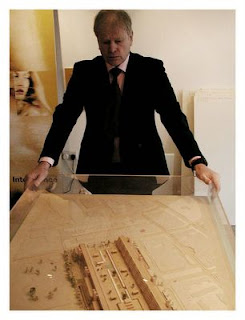 How many zombie films has Ian McCulloch appeared in? If you said two - Zombie Flesh Eaters and Zombie Holocaust - you’re close. In fact he was in a British zombie short called Dead Centre: Architecture and Apocalypse. Look - here he is!

The film was shot in February/March 2005 and was supposedly going to be screened at that August’s Frightfest but the blog at www.zombiecentral.blogspot.com stopped in March 2005, threatened to resurface in April 2006 - and the rest was silence.

I can’t even find out who made this. The website contributors are identified only as Buddydisco, Tony o’the Gosh and K - this last appears to be Seattle bookseller Kristofor Minta!

Here’s a BBC website report on the filming, and here are photos of two other guest stars: genre writers Jack Sargent (top) and Jay Slater.

Did this ever get finished? 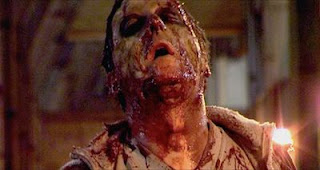