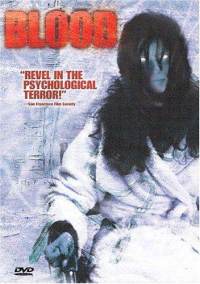 Well, the bad news is that I miscalculated or miscounted or something and whereas I thought I had 96 films to cover in the book, the current list actually stands at 101. So I'm still not quite halfway there!

The good news is that I've just written up a section on Charly Cantor's Blood, one of the great forgotten titles of the British Horror Revival. Apart from a review in Fangoria virtually nothing has been written about this film so I was particularly pleased to find, in the MJS archives, the dictaphone tape from my set visit in 1999.

My unpublished interviews with Cantor (who died in 2002, two years before the film's eventual release) and other cast and crew have provided a unique insight into the film's development and production which I couldn't have found anywhere else.