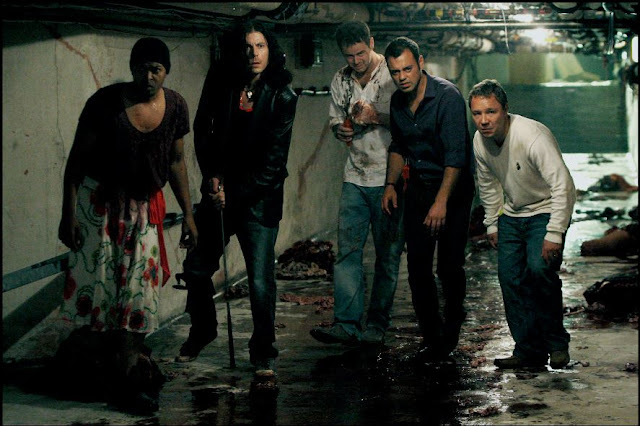 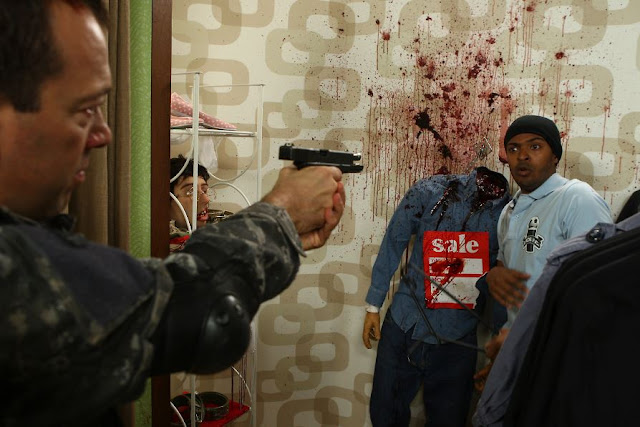 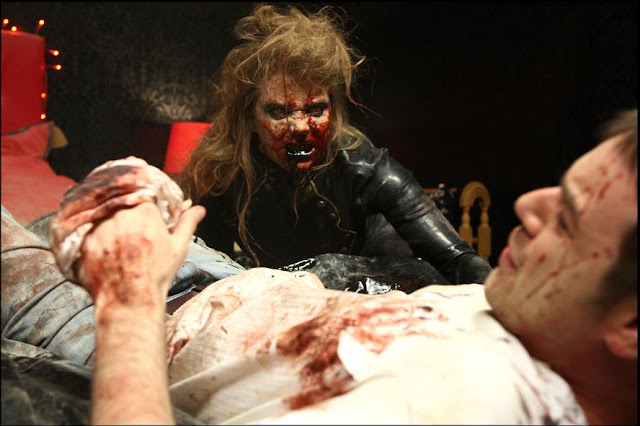 Neil finds himself the centre of female attention. I don;t know the name of the actress playing this particular zom-bird. Anyone? 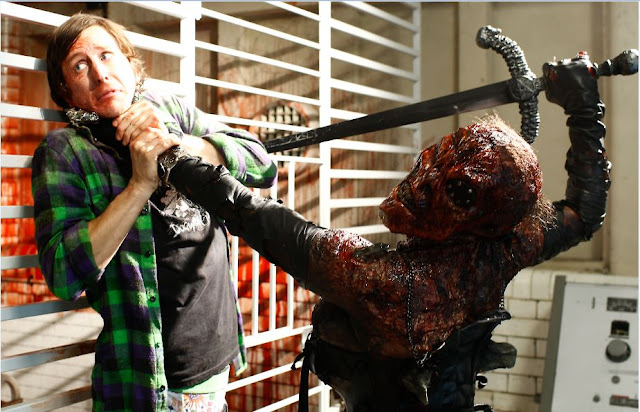 The sixth member of the gang, Matt (Lee Ingleby) at the mercy of 'The Witch (Nicola Jane Reading). 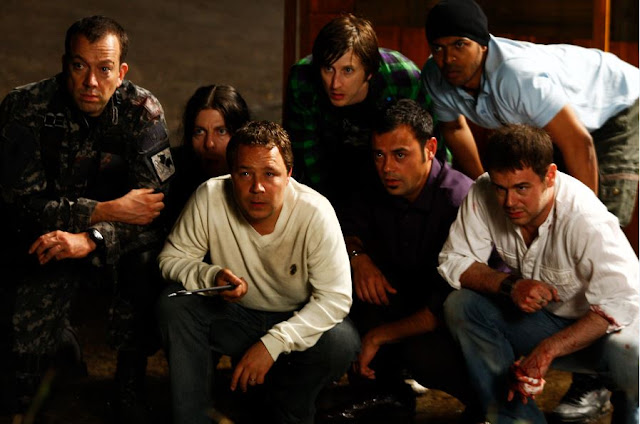 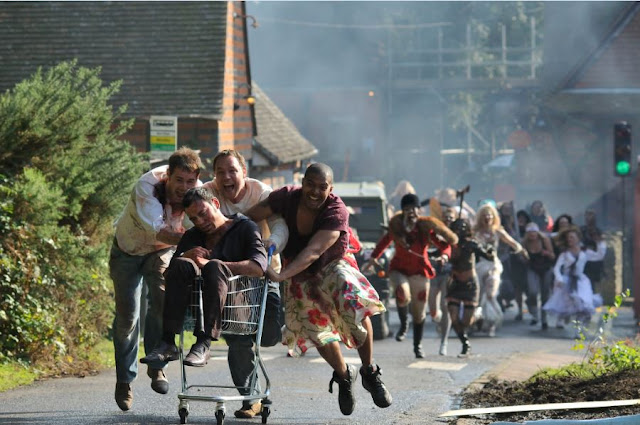 The final shot of the film, as the assembled zom-birds chase our heroes out of town.
Posted by MJ Simpson at 14:44