Wandering Rose aka Demon Baby gets another inappropriate title 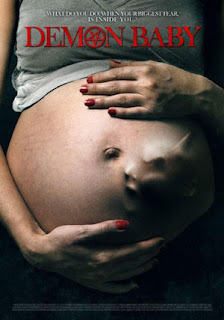 Just over a year ago I pointed out that the new title and artwork for Coz Greenop’s atmospheric ghost story Wandering Rose were both completely inappropriate, On account of there is no demon baby and the main character is only just pregnant, not about to drop.

A quick look at the User Reviews on Amazon shows what a bad idea this was, as it has left a lot of punters expecting something like Rosemary’s Baby.
And this one which I think is worth quoting in full:

“WTH, WTF!? The movie is over!? And where's the Demon Baby.. ?!? OK, I was expecting some possession at some time .. but there was nothing .. !!! They've changed the title to "Wandering Rose" .. but at the time I was watching it the name of the movie was "Demon Baby" with a demon baby moving in the stomach of the mother on the cover .. !!!
“At least at the end of the movie I would have expected a Demon Baby .. !!! But NOTHING .. !!! Where's the f####!n DEMON BABY, damned .. ?!? Are you kidding me .. ?!? The Ghost of a woman (or a demon!?) appeared throughout the movie following Rose but never really did something .. so she could as well just have been imagining it ..
“Boredome throughout the movie .. I was expecting something to happen but NOTHING HAPPENED .. !!! ARGHH .. !!! Promising and not delivering .. not even trying to deliver .. !!!”

The movie has played festivals now as Demon Baby and been released in South Korea as Demon Baby, but it still has no demon and not even really a baby. It’s a freaking ghost story for God’s sake. About a woman named Rose. What the hell was wrong with Wandering Rose?

So now I spot an impending UK release. New Horizon Films will release Coz’s movie on 20 June, and thank the Lord they haven’t called it Demon Baby like everywhere else.

What is wrong with these people? Do they not actually watch the films they distribute? There is not the tiniest hint of demon or devil in this film. It is precisely as demonic as Four Weddings and a Funeral, no more devilish than When Harry Met Sally and contains exactly as much Satanism as Wall-E. It is not a film about demons or demonic things. It is a GHOST STORY. 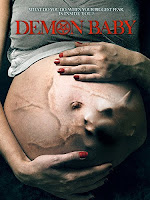 A ghost story? You know? Like, um, well, Ghost Story for example.

There is no sleeve image available yet for the UK DVD but whether they use stupid ‘horned baby face’ (available in some versions with extra veins!) or something else, the fact is that New Horizon are setting out to piss off their customers (many of whom will blame Corrie Greenop, out of whose hands this whole thing now is).

[Update. Coz has now sent me the UK sleeve image. If anything, it's even worse. Remember, this is a ghost film about a couple who have just found out that the wife is pregnant. Oh Christ - I've just noticed the building blocks. Seriously? - MJS] 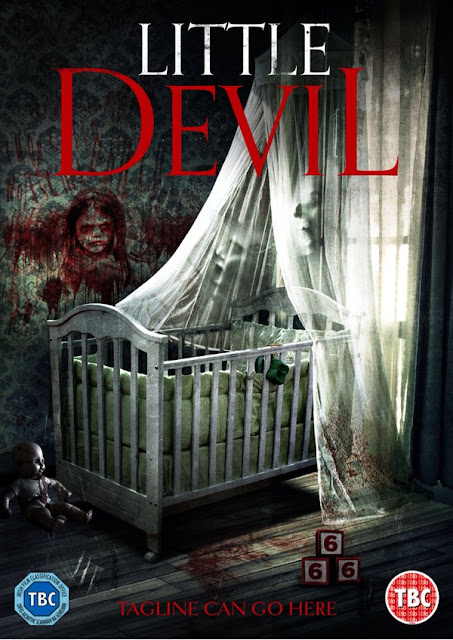