Jake West and Alex Chandon contribute to The Sleeping Room 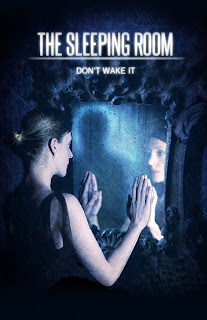 Set in present day Brighton, THE SLEEPING ROOM is the story of Blue (Leila Mimmock), a call girl who falls for a new client, Bill (Joseph Beattie) But the real attraction for Blue is Bill’s apartment and a mysterious room that seems to hold the key to the dark secrets of her family’s past – a room that is about to unleash terrible physical and supernatural forces. Nobody will escape unless a score for a heinous crime is settled.

John Shackleton, said today: “Support for the film has been first rate and we are immensely proud to be surrounded by such a talented cast and crew, particularly given the huge budget restraints, which we are operating under. Brighton is proving to be not only a wonderfully cinematic place in which to shoot, but also a very accommodating town in which to house a production”.

THE SLEEPING ROOM is the first film to be crowd funded for equity over at
https://www.seedrs.com/startups/the-sleeping-room (whatever that means...).
Posted by MJ Simpson at 21:35