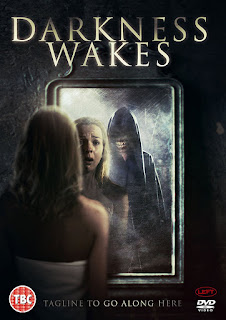 Simon Richardson's feature Charlotte Wakes has been on my masterlist since it was shot a couple of tears ago. It has just popped up on Amazon pre-order under the new title Darkness Wakes. It's scheduled for a British DVD release via the fine folk at Left Films in August.


Synopsis: When Charlotte - a beautiful, broke student - is offered a job cat-sitting in a vast Georgian manor house over a long weekend, at £200 per night, she can't believe her luck, but her employers are far from being the harmless eccentrics that they appear to be. When darkness falls, things start to take a far more sinister turn. Charlotte is unable to shake the feeling that her every move is being watched and it is not long before her worst fears are confirmed: there is something evil in the house with her...

The film stars Aisling Knight (Three's a Shroud, Exorcism) as Charlotte, with Richard Kilgour and Jill Buchanan (Containment, Heretiks) as the couple who leave her in charge of their house and cat. Special make-up effects by Karen Spencer (Suckablood, Doctor Who). Exorcism director Lance Patrick is executive producer.

Find out more at www.charlottewakes.co.uk