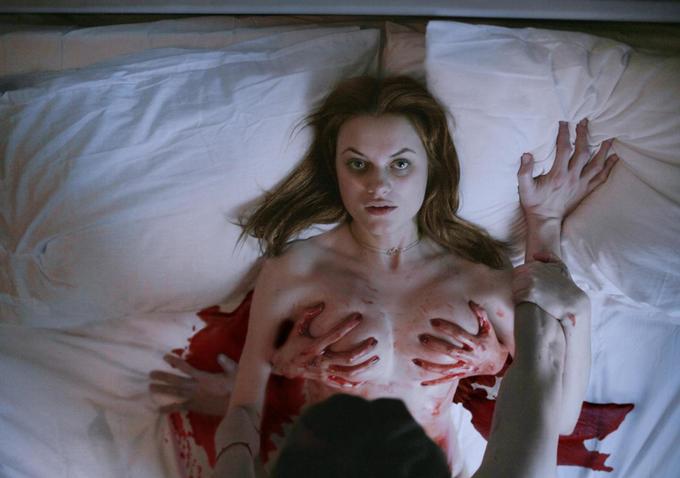 Never heard of this one, but it's premiering at SXSW next week ahead of a limited theatrical release Stateside. Nina Forever is the debut feature of the Blaine Brothers (Chris and Ben) who have received lots of acclaim for their shorts, commercials etc.

Synopsis: Nina Forever is a darkly comic love story. Holly’s attempt at helping Rob through his grief is not aided by his dead girlfriend Nina coming back, bloody and broken, every time they make love.

Holly has a crush. She's fallen for Rob, who carries a black cloud of death and despair with him wherever he goes. She is warned off by her friends - he is a walking tragedy ever since his girlfriend Nina died in a car crash a year and a half ago. However Holly, a trainee paramedic, is undeterred: she wants him, she can fix him, she can make him happy again.

They start a relationship, and the first time they're in bed together, so is Nina. A bloody and tangled mess of broken limbs, she is dead, very much so, but still here, still talking, all too real. However Holly doesn't freak out and run - she can deal with the dead girl sharing their bed, their lives, their minds. If it's what Rob needs, it's what she'll do…