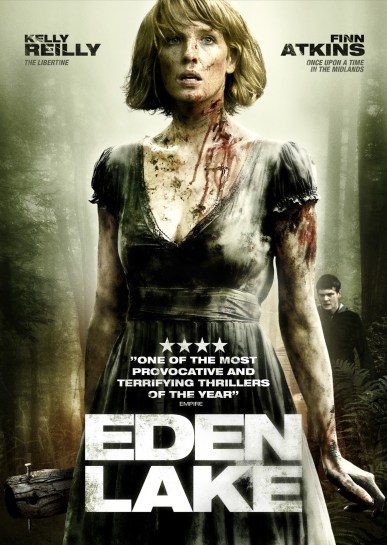 I just had to share this. I came across this image over on Horrorpedia, on a page which was kind enough to quote from the Eden Lake section of Urban Terrors.

What's bizarre about this poster? Got it in one. There's no mention of Michael Fassbender!

Fassbender wasn't anywhere near as big a star then of course, but he had been in plenty of films and TV and was making a name for himself so it's extraordinary to discover that there was some brief period after the film was out and reviewed (note the Empire quote) but before Fassbender was well known enough to put his name on the marketing.

You might think that in MF's absence the other credit would go to Jack O'Connell (not least because there's a picture of him) but it's actually Finn Atkins. With all due respect to Miss Atkins, I can't even remember her character of 'Paige', But I guess she was deemed the second most marketable name at the time.