'UFO' screening for a week in Derby 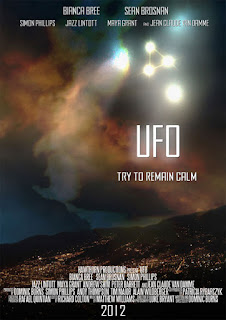 Dominic Burns' epic sci-fi-horror-actioner UFO plays a full week at Derby Quad this month. You can catch the locally-shot film every night from 15th to 20th December at various times. And if you go to the Saturday 15th screening, Burns will be there will some of the cast to introduce the film and do a Q&A.

Not to be confused with the old TV series or indeed the Roy 'Chubby' Brown SF comedy of the same name, UFO is about five friends attempting to navigate their way to survival amidst deteriorating chaos as the world descends into terror and anarchy during an alien invasion and interstellar war.

Burns previously directed real-time horror Cut and in-flight horror Airborne under his occasional nom-de-screen of Alexander Williams. As an actor, you may have caught him in Cockneys vs Zombies, Strippers vs Werewolves, Kill Keith and The Reverend. He is also producing Owen Tooth's feature Devil's Tower.