Shot in September 2011, Sean J Vincent’s second feature had a cast and crew screening in November 2012.

"In 1987, David is a resident at ‘The Manor’ Drug Rehab Unit. Whilst there he is being kept addicted to heroin by a Clinical Director Chris Hunter whilst he has an affair with David’s wife. Chris eventually poisons David with contaminated heroin leaving him with horrendous facial disfigurement and chronic pain. David soon hangs himself.  25 years later and we follow Chris’s daughter Nicole as she tries to break into TV journalism. Her boyfriend (Adam) suggests they spend a night filming with friends in the now derelict Drug Rehab unit. There have been recent reports of paranormal goings-on and they plan to try and film them. It soon becomes clear however that they are very much not alone…"

Shot in Dorset, between March and August 2011, the second feature from Peter (Season of the Witch*) Goddard appears to have run into funding problems. Starring the bloke who played Zammo in Grange Hill! (*Also awaiting release.)

"When her parents decide to separate, sixteen year old Anna Brooks is sent to spend the summer in a small coastal town with her old fashioned aunt and uncle, Jennifer and David Collingwood. Anna is narcoleptic and suffers traumatic hallucinations as side effects to her medication. Whilst living in small town suburbia several bizarre incidents take place which lead Anna to question her own sanity. Is it really all in her head or is something more sinister going on in the small sleepy town?" 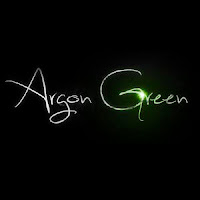 Probably the only horror film about diabetes - apart from Derby University lecturer Tom Craig’s previous short Sugar Drop. Shot in stages over 2011 and 2012, this seems to be awaiting further funds.

"For acclaimed artist and Diabetes sufferer Daniel Corrigan, the end of his career is clearly signalled when successive treatments for Diabetic retinopathy begin to rob his world of both colour and depth. Believing that it is only a matter of time before his sight is permanently lost, Daniel throws himself into his work in a desperate attempt to create his final masterpiece. As Daniel retreats further and further into his own private world, his wife realises that drastic action must be taken to save both her husband, and perhaps herself, from madness."

"Arkham Sanitarium is an anthology of three short stories faithfully adapted from the works of HP Lovecraft: ‘The Haunter of the Dark’, ‘The Shunned House’ and ‘The Thing on the Doorstep’. Each of the three stories is set in 1930s New England (specifically Providence, Rhode Island and the fictional town of Arkham, Massachusetts). The stories are connected by an original ‘wraparound’ story. In this story – set in the 1950s – Alice Crow investigates the strange stories surrounding the infamous Arkham Sanitarium." 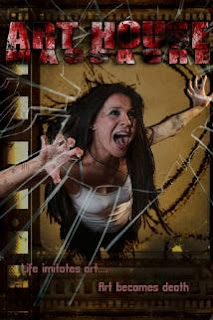 Steve Laurence’s film (originally titled Art House) was shot in 2011 and premiered at the British Horror Film Festival in August 2012 (see my review here). but there is no sign yet of a release.

"Liz is a nurse who had to quit her job as she struggles to cope with the emotional stress of having lost a baby. With the debts piling up and her and her husband Ben at emotional and financial breaking point, she takes a modelling job to help make ends meet. Arriving at the shoot, Liz meets Philip, an intense and successful young photographer and she feels flattered by his interest. But all is not what it seems in this remote middle class area... and while Liz poses for her new friend Philip, she has no idea of the horror that is lurking in the shadow... until... Liz finds a body, panic stricken she knows they have to escape, she tries her only hope... Ben. Will there strained relationship hold up long enough for him to believe her and save her? As the body count rises will she make it out alive? Or will the sinister game of cat and mouse end in a bloody masterpiece. Life Imitates Art... Art Imitates Death."