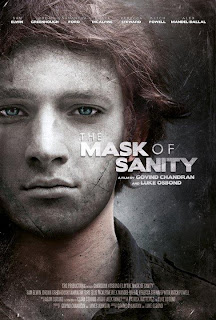 Post-production on The Mask of Sanity, directed by Govind Chandran and Luke Osbond, was completed just before Christmas and the picture is now ready to start hawking round sales agents and festivals.

Made up predominantly of a cast of actors/actresses from a range of (playing age) 18 - 25 year olds and based within a university setting and context, The Mask of Sanity is a modern re-imagining of character archetypes created by Sir Arthur Conan Doyle (particularly those within the Sherlock Holmes novels).

The film is a look into the mind of someone who walks the fine line between being a genius and a psychopath and the consequences and weight of such a life and draws inspiration from: Silence of the Lambs, The Social Network, Sherlock Holmes, Fight Club and Good Will Hunting.