As usual, this year's Frighfest (24th-28th August) has a good selection of British films in the line-up: 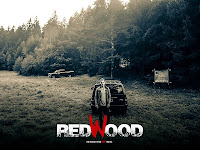 Redwood (d.Tom Paton)
After some bad news back at home, musician Josh and his girlfriend Beth head out to a secluded national park in search of some clarity on the situation they’ll face when they return. But the couple get more than they bargained for when they ignore the advice of Park Rangers and venture off the trail, coming face to face with The Redwood’s legendary wildlife. REDWOOD brings a fresh spin to a well-worn mythology to create an edge of your seat horror movie that will shred your nerves and have you thinking twice about going camping again.

Freehold (d.Dominic Bridges)
The feature debut from acclaimed commercials director Dom Bridges and written by Rae Brunton (the OUPOST franchise) is a dark urban morality tale with an underlying streak of jet black comedy. Hussein, a wide-boy estate agent, doesn't realise he's sharing his apartment with a forgotten stranger, a master of concealment... until his malicious campaign of deranged sweet revenge starts to really hit home. A roof above our heads is a basic human need so why are we all fighting each other over it? A genre riff on home invasion chillers and a searing comment on the cut-throat housing market.

Attack of the Adult Babies (d.Dominic Brunt)
From Dominic Brunt, director of BEFORE DAWN and BAIT, a satirical and sexy shocker unlike anything you’ve ever seen before. A home invasion forces two teenagers to break into a remote country manor and steal Top Secret documents. Little do they know the stately pile is also the venue where a group of high-powered middle-aged men go to take refuge from the stresses of daily life by dressing in nappies and indulging their every perverse nursery whim. Or that this grotesque assembly intends to refuel the world’s economy by very sinister, sick and monstrous means.  Time for a change…

Double Date (d.Benjamin Barfoot)
Meet innocent Jim, terrified of girls and on a reluctant quest to prove his manhood the night before he turns 30. He and his cocky friend Alex think they’ve hit the jackpot when they meet the beautiful sisters Kitty and Lulu, who seem up for anything on a wild party-fuelled night. They also have an incredible car. But little do they know that the feisty femmes fatales have their own shocking agenda in mind and have every intention of making Jim lose much more than just his virginity… Getting laid has never been so bloody difficult. 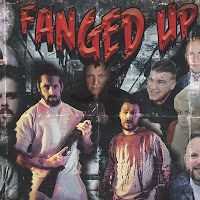 Fanged Up (d.Christian James)
Orange is the new Dracula. Daniel O’Reilly, aka controversial comedy character Dapper Laughs, makes his feature film debut in a vampire comedy destined to make everyone Carry On Screaming. He plays a wrongfully arrested lovable rogue thrown into a high-security prison for the weekend when his blood group is revealed to be very rare. But once incarcerated in this horror penitentiary, there’s no way out as the warden is a top-level bloodsucker, the guards are his pet zombies and the inmates are their unwilling victims. Get ready for hi-jinks in clink, slammer shivers, big house laughs and jail house shocks.

Mountain Fever (d. Hendrik Faller)
Inspired by the action cinema of James Cameron and the minimalism of Nicolas Winding Refn, a fatal flu virus devastates Europe in an ice-cold thriller examining human behaviour in a time of crisis. City boy Jack takes refuge in the Alps but he’s ill-equipped to survive the harsh winter. Things only get worse when renegade Kara breaks into his house and commandeers his dwindling food supplies. His inept plan to get rid of her disintegrates when outsiders also invade, turning his captor into his only ally.  As a siege ensues Jack must choose a side if he hopes to survive.

Boots on the Ground (d.Louis Melville)
Afghanistan October 2014. Five British soldiers, trying to stay alive on the last night of the Afghan War, face not only the Taliban, but also supernatural powers more terrifying than anything they've encountered before. As the night unfolds and their mission is finally explained to them, they find themselves engulfed in a labyrinthine nightmare and time-shift forces seemingly from another realm and century. One of the most innovative and challenging British movies of the year, shot with 360 degree style immersion techniques using head-cams, director Louis Melville’s twisting and turning squaddie shocker is a genre ground breaker. [I ran the first ever images from this film exactly one year ago - MJS]

Where the Skin Lies (d.Michael Boucherie)
Six friends, bound together by a traumatic experience, travel up to the Scottish Lowlands for a relaxing reunion weekend. Soon a number of mysterious and horrifying events start to expose the cracks in their relationships. One by one they discover, through their tattoos, that trust runs but skin-deep and as day turns into night, not everyone will survive the ‘Game of Death’ they are forced to play. 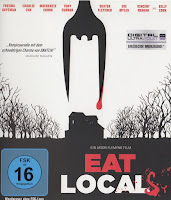 Eat Locals (d.Jason Flemyng)
Acclaimed actor Jason Flemying (DEEP RISING, HANNA, SOLOMON KANE, X-MEN: FIRST CLASS), makes his directorial debut with a bloodsucker chiller featuring the cream of British talent. In a quiet countryside farmhouse, Britain's vampires gather together for their once-every-fifty-years meeting. Others will be joining them too; Sebastian Crockett, an unwitting Essex boy who thinks he's on a promise with sexy cougar Vanessa; and a detachment of Special Forces vampire killers who have bitten off more than they can chew. This is certainly going to be a night to remember... and for some of them it will be their last.

Canaries (d.Peter Stray)
CANARIES pits a group of friends at a New Year's Eve bash in the Valleys, hosted by Steve Denis, London's 53rd-most-listened-to DJ, a returning local boy made good against an invasion task force of creepy time travelling aliens. In this darkly funny Welsh based Sci-fi horror comedy, the new year’s resolution on everyone's lips is to stay alive.

Accountable (d. Matthew Heaven)
Driven by a fantastic performance from headliner Oliver Towner, ACCOUNTABLE proves what can be achieved on a micro-budget with imagination, a great twisty script and a commitment to quality production values. Warren Matthews is an angry and directionless young man struggling to contain his formidable temper. But before long circumstances cause him to reluctantly enlist the services of a local psychiatrist to help him confront damaging past events fuelling his future angst. A score must be settled according to his fractured psyche, someone must be held accountable. Keep your eyes on director Matthew Heaven, he’s one to watch.
Posted by MJ Simpson at 21:20